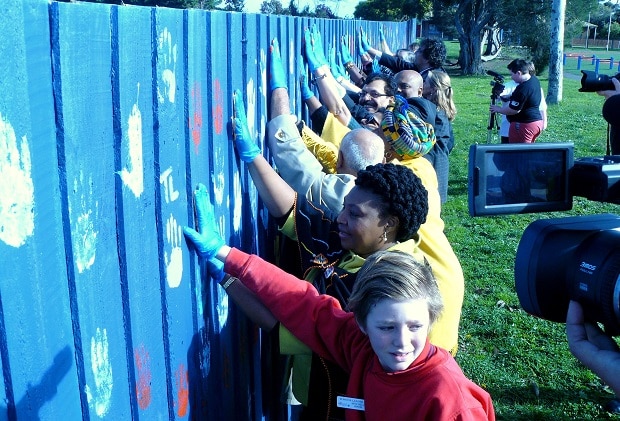 On a beautiful, sunny morning (yes, a rarity in July), India, South Africa and Australia joined hands together to celebrate the first International Mandela Day in Australia. There could not have been a more profound and insightful way to pay homage to Madiba – the man who fought relentlessly and successfully against apartheid and human discrimination.

The event, held at Rangebank Primary School, Cranbourne, Victoria, was the brainchild of Mr Arun Sharma, Chairman of Celebrate India and Director of Dost – a friend indeed Sharma family charity organisation. Along with his wife, Jaya Sharma (who is also a Director of Dost – a friend indeed), Mr Sharma, the High Commissioner for the Republic of South Africa in Australia, Ms Koleka Mqulwana, and Mr Colin Avery, principal of Rangebank Primary School, came together to organise an event to celebrate freedom, forgiveness and respect for one another, just as Mandela truly desired. 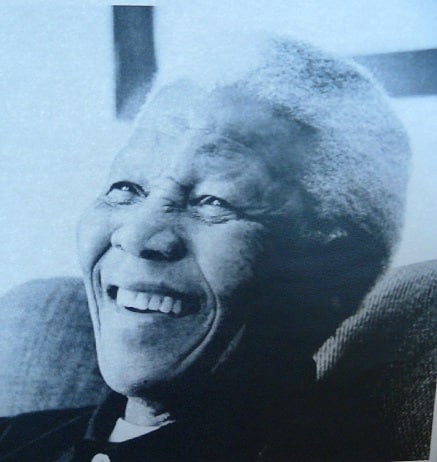 Are you wondering about the India and South Africa connection? To quote Mr Sharma, “On many occasions we have heard Mandela talking about the influence Mahatma Gandhi made on him. Not only did Madiba follow the legacy of non-violence from then on, but also stood against any discrimination – against anyone and brought down the terrible, inhumane system of apartheid in South Africa”.

Ms Mqulwana could not agree more and spoke at length about tolerance and respect for one another to the students, whom she referred to as the ‘honourable guests’ for the day. She also congratulated the efforts of Dr Sharma and Jaya Sharma for bringing together this collaborative venture re-affirming the friendship between these two historic nations.

As an example of the relationship between the two nations, the High Commissioner concluded with a mention of the launch of the BRICS (an organisation comprising Brazil, Russia, India, China and South Africa) 100 billion dollar development bank and an emergency reserve fund designed to ease the domination of the western world on global finances.

Yvonne Chaka Chaka, a South African singer and humanitarian, whom Mandela fondly referred to as ‘Princess of Africa’ and ‘my dear daughter’, was also present at the event. She regaled the students with numerous tales of her time spent with Madiba and held the audience in rapt attention with her quirky sense of humour and glorious singing. The other distinguished guests for the day were Jude Perera, Labor Member for Cranbourne and Maree Nutt, CEO, RESULTS International (Australia).

Messages from the Secretary-General of the United Nations and Prime Minister of Australia, Tony Abbott, were read out on this special occasion. Mr Sharma then handed over a cheque for $500 to Mr Avery, who accepted the gift and said it was timely assistance for the school to proceed with a new breakfast programme. Two bikes and bike helmets and twenty blankets were also contributed by Dost towards the school’s outreach and community programme.

Mr Sharma mentioned that Rangebank Primary School is the only Australian school that teaches Hindi, as part of its LOTE language program, to all students from Prep to Year 6. This is a very commendable programme which provides an opportunity for Indian students to learn their mother tongue and embrace their native country’s rich legacy.

After the formal proceedings, the dignitaries gathered together at the front of the school to jointly plant a Protea, a native plant of South Africa, to represent the friendship among India, Australia and Mandela’s South Africa.

Finally, it was time for a bit of ‘colourful fun’ as the dignitaries got their palms painted in different colours and proceeded to leave their hand prints on the ‘freedom wall’ of the school – a vibrant illustration of unity in diversity.