Maverick writer and creative rebel Saadat Hasan Manto (1912-1955) made this statement in his own defence, in one of his numerous court appearances for obscenity in his literary works. The stories in question were set against the backdrop of the Partition of India which shattered the lives of millions of innocent participants. 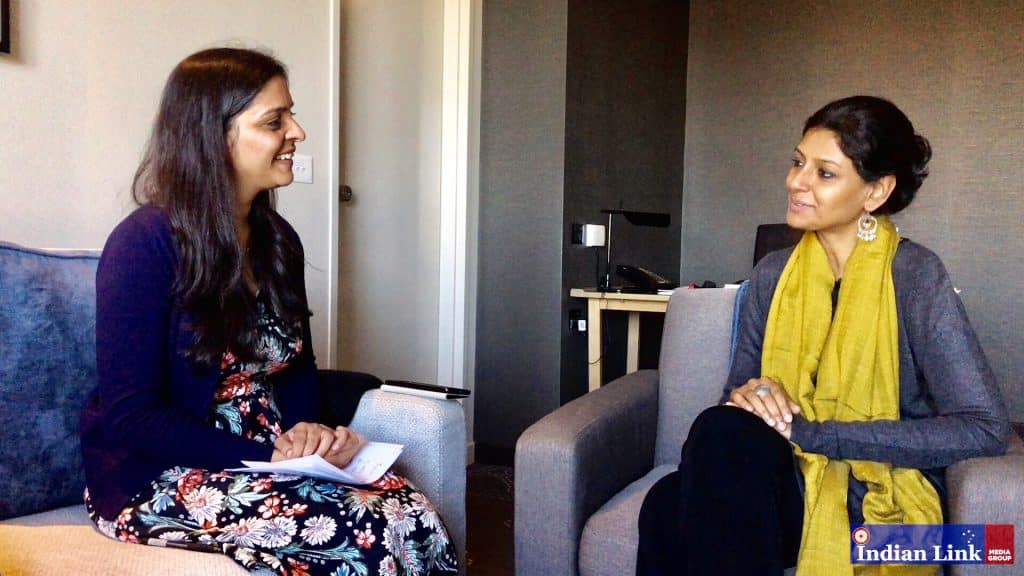 In short stories such as Toba Tek Singh, Khol Do, Thanda Gosht, the brutal and unbearable truths about this tumultuous time in the subcontinent’s history are served up to readers like a punch to the face. To this day, Manto’s body of work, which includes 22 collections of stories, a novel, movie scripts, essays and radio plays, are considered an honest account of the times.

These short stories – and the man that wrote them, often in the language of the streets – are at the core of a new film Manto, directed by actor and film-maker Nandita Das. Fresh from its first screening only weeks ago at Cannes where it was the only Indian film in the Un Certain Regard category, the film came to Sydney this month. It screened at the recently concluded Sydney Film Festival to packed audiences, who attended equally eager to see Nandita herself introduce the film and answer questions afterwards.

Based on the notion of the freedom of expression, Nandita’s film seems to have hit the jackpot with timing, given the issue is a hot topic not only in India but also the world at large. 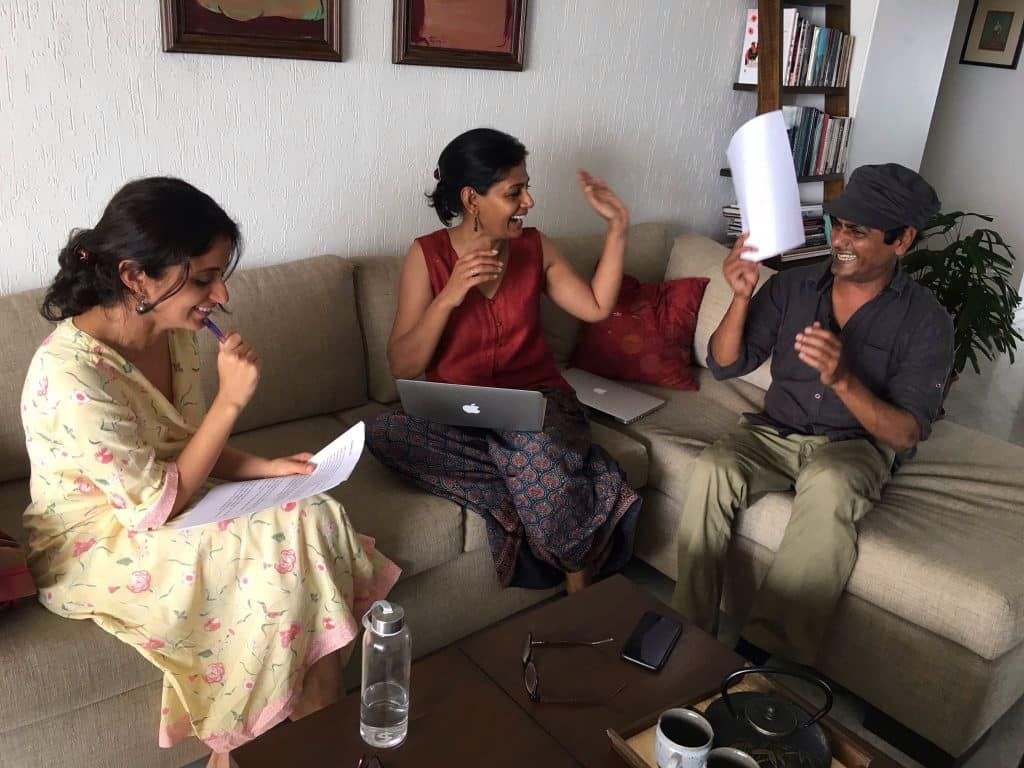 “I agree,” Nandita mused as she spoke to Indian Link on the sidelines of the Festival. “In fact the reason I did this film was because I wanted to respond to what was happening around us. It’s not just freedom of expression: the identity politics being played out currently, is dividing us on the basis of race, religion, skin colour, gender and language. Manto’s humanism kind of transcends all of that. That’s why he continues to be relevant even after 70 years. In fact, if Manto had been European, there would probably have been many films made on him by now!  You could also say the aim of the film is to awaken the Manto in all of us, the part that wants to be truthful and courageous and stand up to orthodoxies of all kinds.” 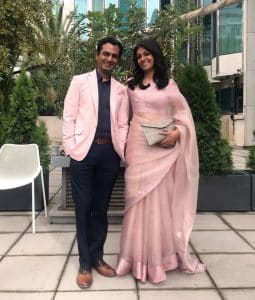 “I think Nawaz has done a phenomenal job – he really becomes Manto,” Nandita observed. “He’s got a great range, although Manto is a different kind of character for him. When I was casting, many actors sent me their pics dressed in white kurta pyjama and glasses. But that’s not only what Manto is. I wanted the kind of eyes that have seen life. Manto died at 42 and yet he experienced a lot. Nawaz at a very young age has lived life, gone through many struggles. I wanted someone who would bring out the contradictions in Manto – he was deeply sensitive but also arrogant in his own way. He had great qualities but also was fallible: he was muh-phat (forthright) to the point of being rude and could make other people uncomfortable. He was not a simple character to portray so I needed someone who could bring out those nuances. Nawaz worked closely with me in research as well.”

With its great start on the festival circuit (Cannes reportedly gave the film a 4-minute standing ovation), the journey continues, with Toronto, Busan and possibly Melbourne, coming up very soon.

“We are trying to reach out to different – and the widest – audiences possible,” Nandita revealed. “While the context is India and Pakistan, the story I think, is universal. And though it’s set in a certain time and period, it’s really a modern contemporary story. That’s the beauty of cinema – it transcends boundaries. Knowing from my experiences with Firaaq, my first directorial and a film that I did just for my country, I was very pleasantly surprised when I travelled with it.” 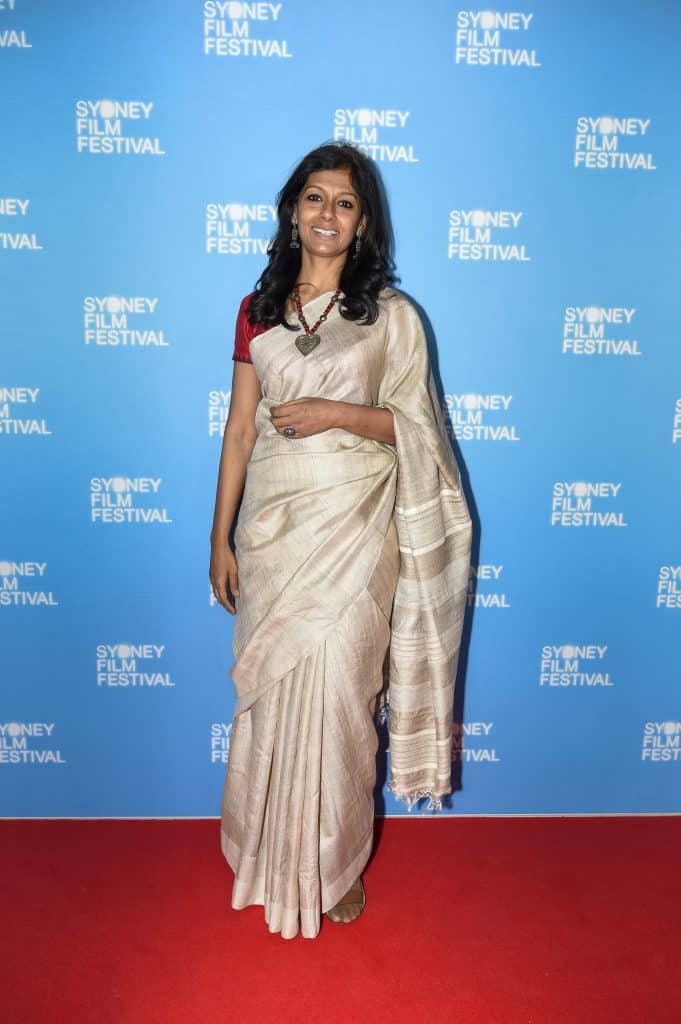 Yet, she added, her Manto journey will finally culminate with the film’s September release in India. “In the ultimate analysis, yeh film jis context mein hai, sabse pehle to wahan ke liye hai (the film is first and foremost intended for the context in which it is set.)”

She added, in order to be global, you have to be local. “The more honest and truthful you are towards your own issues, to your own context, and you are not trying to make the film for somebody else, the more your film will transcend and become universal.”

But Manto is a different film; it’s complex, very personal and intimate.

“To understand a character, you have to understand the emotional context in which he operates. It’s only through relationships that you know about a person. Manto’s relationships with his wife, his friend, all of that forms a very important basis to this story.”

If this sounds like it’s coming from a woman’s perspective, it’s probably true.

“Do you know, I was told a few times at Cannes that you could immediately tell this film had to be made by a woman,” Nandita laughed. “I didn’t bring in my woman’s perspective consciously – when you’re directing, you’re not doing it as a female or a male. Yet we do have a different way of seeing the world because we have different experiences. I think there is something called a female gaze – you can sometimes see a film and know it is made by a woman, or sometimes that this film must be made by a man. Of course there is everything in between as well. Some of the most wonderful films about women’s issues have been made by men. I’ve just made a film on a male protagonist. About somebody who in today’s words was a feminist!”

Would this put her film and others like it such as Firaaq, Meghna Gulzar’s Filhaal, Deepa Mehta’s Fire, ahead of their time?

“There’s no bell that’s going to be rung to say now is the time. Films might not bring in revolutions but they do trigger conversations. The role of films is to show us different world, a world of which we are not a part, otherwise we’ll remain in our little isolated worlds. It’s good that Fire came 22 years ago – by the way, it got no cuts from the Censor Board. Today perhaps it would have been filled with cuts! Would Fire and Firaaq even be made today? Sometimes I feel we are going one step forward and two backwards. So I’d say we are never ahead of our time. Now is always the best time always to raise these kind of issues and talk about them.”

“The role of art is to unearth the reality. I’m told myself, that I make films that show India in a bad light. It’s not about good or bad for me. If you love your country, you want to show the reality so that something is done about it. It’s like what Manto said, you know: Agar aap mere afsaanon ko bardasht nahin kar sakte, iska matlab hai yeh zamaana hi na kaabil-e-bardasht hai. If you cannot bear my stories, it’s because you live in unbearable times. So I’m only reflecting the reality. I think we must celebrate that. But instead people like me are being attacked – journalists, writers, film-makers, artists, who are trying to unravel the truth. They are being told forcefully to cover it up, to bury it and to keep it that way.”

At Cannes, her contemporaries from India might have made the news for their red carpet outfits, but Nandita used her red carpet appearance to make a statement about women film-makers. “Yes, I walked with Cate Blanchett and 80 other women. In 71 years of Cannes, only 82 women have had their film in any of the competition categories, as opposed to 1645 men. The fact is that women as film makers have gotten the shorter end of the stick for way too long. We’re saying we just want equal opportunities, not more or less, but we’re still grappling with just those equal opportunities.  We want the diversity that exists in life, that’s all we’re asking for.”

And talking of Cate Blanchett, Nandita revealed she is quite familiar with Australian cinema. “I love Jane Campion’s work. I was on a short film jury with her at Cannes so we had a lot of time to interact. I’ve also been involved with an Indigenous project, an Indo-Aboriginal project, for which I travelled to Perth and Broome. I’m quite excited about this one. In preparation for this I saw films such as Rabbit Proof Fence that have taken up indigenous subjects. They are very interesting and not too different from some of the concerns we have in our own country, where our indigenous people are being dragged into the mainstream. We hardly get to hear their stories in films, where the protagonist is zameen se juda hua, connected to the land.”

These are the kind of stories that make for engaging cinema, she concluded, encouraging the audiences to help these stories to come out and get a hearing. “I hope you will support different kinds of cinema.”

Celebrities in times of Corona