How would you describe your health now?
My heath, though there’s a fair amount of issues, is quite stable now. My right side is weaker. I was a right-handed person. I manage to sign my name but I struggle to hold a pen. Fortunately, with technology, we don’t need to write much these days, but it does
require one to type. My typing speed is slow. Temperature sensation has returned to some parts of my left side but it is still absent in other parts. I am now able to walk independently with a walking frame. I am still learning to walk with a quad stick and walker, where one person has to support me.
I am able to talk now since the tracheostomy is removed. The sound is low and somewhat broken so listeners have to make an effort to understand me. I do not normally attempt phone conversation. I am on a PEG (Percutaneous Endoscopic Gastrostomy) feed,
nil by mouth.

What medications/treatments are you still on?
There are no stroke related medications except for Asprin. It is basically given as blood thinner to avoid any future occurrence of stroke. Then there is medication so body does not reject PEG feed.
I go for a physiotherapy session once a week, dental physiotherapy once in three weeks, speech therapy once a month and occupational therapy as required.

What is your normal day like now?
My carer comes at 8:00 am daily. She measures my body temperature and blood pressure. She then checks my appointments for the day and puts my morning feed on. After
feed I complete my daily routine of brush, shave, shower etc. If I have an appointment, she drives me there, else we go for a walk etc. She then puts on my afternoon feed, finishes it and leaves at 1:00 pm.
The afternoons, I normally spend on my computer. The afternoon carer comes at 4:00 pm. She puts on my feed. Then either we go out or work through my exercise routine between my computer work. She then puts on my last feed of the day before finishing at 8:00 pm.
My wife Manjusha then helps me to my bed and we watch television till about 11:30 or 12:00. 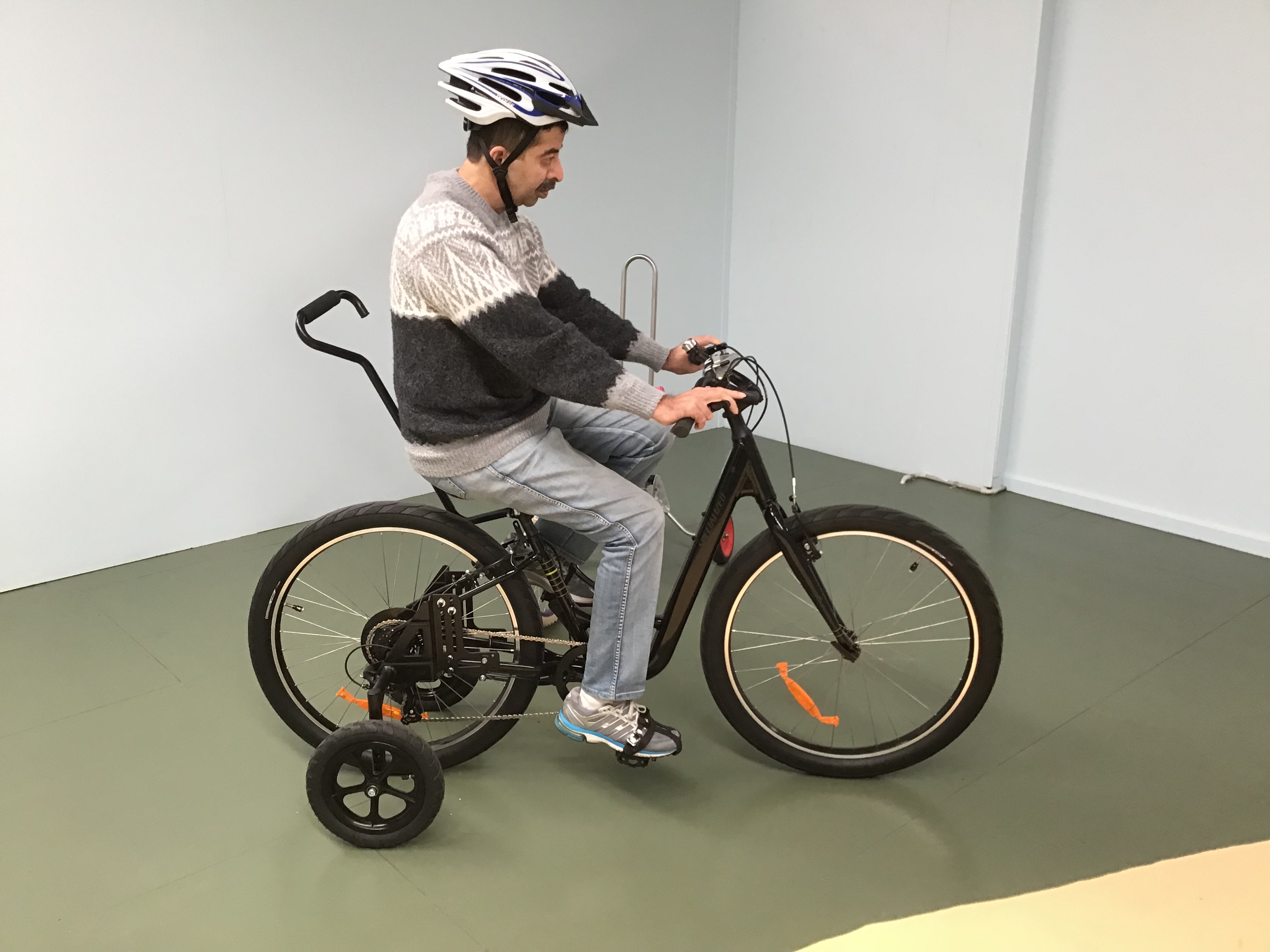 To what extent are your normal activities back – driving, work, housework, shopping, socialising, travelling, leisure activities?
The day I suffered the stroke, my driving license was cancelled as per rules. I now have to go through Occupational Therapy (OT) Off Road driving assessment, a medical certificate stating I am fit for driving and an OT On Road driving assessment. I passed the OT Off Road driving assessment. It was pretty tough. One of the tests involved an image that appeared on screen for 3 seconds. One had to note all the objects in the image and explain to the examiner what moves each object is expected to take. I got 30 out of 32 correct. The two I lost out on had 4 or more objects in the image and I missed one in each!
Since I got a high score, I got the comment from my occupational therapist that I could be an over confident driver! My GP and neurologist are currently organising my medical certificate. In the meantime I have arranged for a bicycle assessment. Housework and shopping were never my thing, so I do not miss them!
I was not able to talk at all for an entire year. After the initial rush of visitors receded, there were a few who kept meeting. Then again there was a rush when the tracheostomy was
removed. Because of my nil-by-mouth condition, and socialising is always associated with drink and food, my friends started feeling uncomfortable drinking or eating in my presence. I have therefore limited my socialising to mainly electronic media. I have not travelled since the strokes but would like to soon.

Are you still seeing the doctor?
Generally no. If I feel the necessity, I take an appointment like everyone else.

What have you learnt about stroke?
Mainly there are two types of strokes, Haemorrhagic and Ischaemic. Haemorrhagic stroke is when a vein bursts open and the brain fills with blood. Ischaemic stroke is when a blood
vessel gets blocked by a clot. Ischaemic stroke is the more common of the two. This is the type of stroke I suffered. It occurred in the brain stem, hence it is called brain stem stroke.
The brain stem is where nerves cross over. It also controls vital functions like breathing, heart beats, swallowing, balance etc. The stroke itself may not kill a patient but the effect of it may be fatal. Hence there are only 114 known survivors of brain stem stroke. Generally, a brain stem stroke is known as a killer stroke.

What have you learned about yourself in this whole process?

More than myself, I have learnt a lot about the functioning of the human body. The movements that one makes routinely, may appear simple and normal, but I know how complex they can be.
I learnt that you can actually forget how to move your arms and legs, and you have to retrain the body. As a child, your bones are flexible and it is easy to train yourself, but as an adult, it is much more difficult, especially with a fear component added. I also learnt how easy it is to get misunderstood when one cannot speak.

Describe the day it happened.
It was morning of 6th June 2017. I was woken up by a dull headache on the left side. I walked to the study and turned on the laptop. I found the letters difficult to read. I switched off the lights and went back to bed. The dull headache persisted. I woke up later and started my daily routine. While shaving I noticed that there was something not normal about myself, besides that dull headache.
I went to the GP who referred me to an ophthalmologist. The ophthalmologist asked me to go to the hospital Emergency Department, as she suspected I was getting a stroke.
I presented myself to the Emergency Department at Blacktown Hospital. A series of events then occurred, and I ultimately collapsed on the floor on the morning of 7th June. I was helped back to bed by the nurses and the ward person. Later, I was discovered by my wife in a significantly deteriorated condition, and she raised an alarm.

Facts about stroke
Did you know that there is one stroke every nine minutes in Australia? And that more than 475,000 Australians are currently living with the impact of stroke. Stroke can strike anyone at any age – even babies can have strokes.
This National Stroke Week (September 2-8) Stroke Foundation is encouraging Australians of all ages to learn the most common signs of stroke – F.A.S.T.
You can be a F.A.S.T. hero and save the life of a loved one, a colleague, a stranger or even yourself by understanding the F.A.S.T. message and calling an ambulance straight away if you suspect a stroke.
Using the F.A.S.T. test involves asking these simple questions:
 Face Check their face. Has their mouth drooped?
 Arms Can they lift both arms?
 Speech Is their speech slurred? Do they understand you?
 Time is critical. If you see any of these signs call triple zero (000) straight away.

7-Eleven and Indian IT company deal