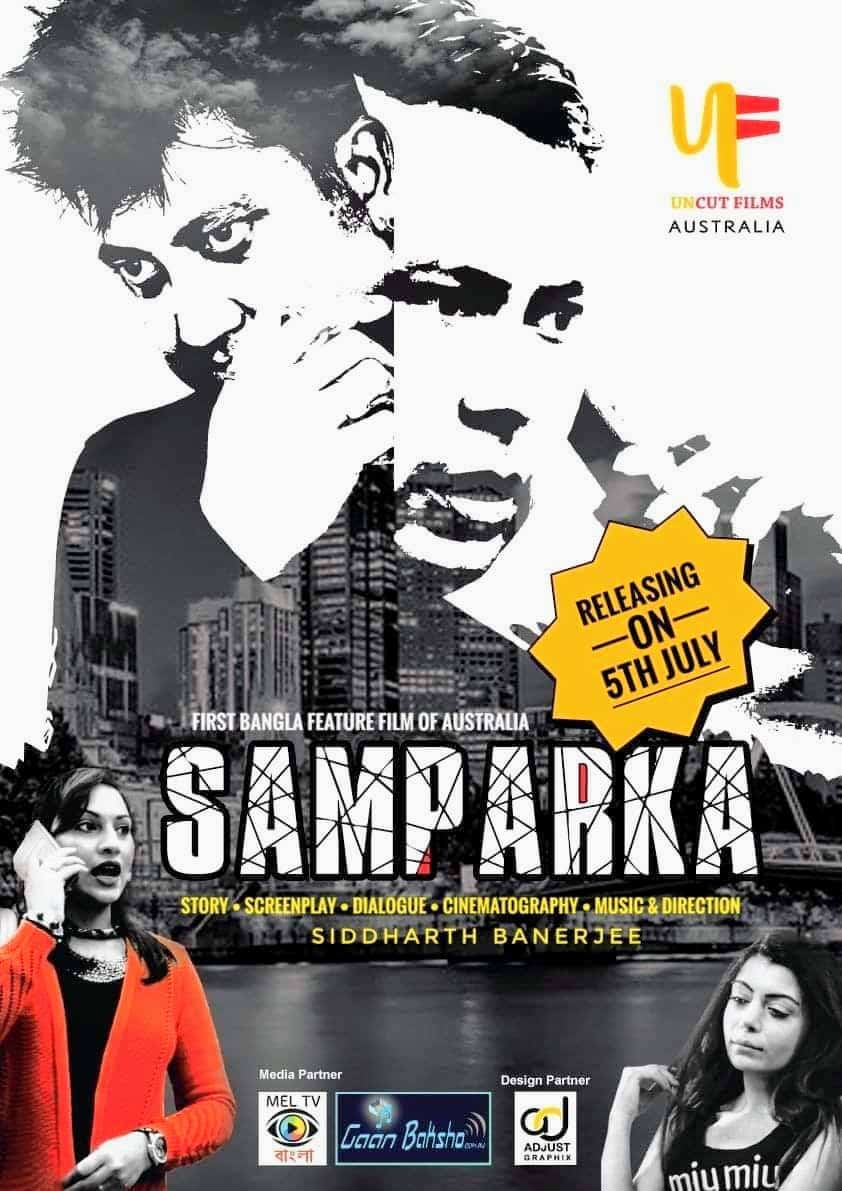 Melbourne based actor-director Siddharth Banerjee recently released his Bengali film Samparka, Australia’s first ever Bengali feature film (65 mins). Samparka (Bengali for relationships), revolves around two couples based in Melbourne, quite opposite to each other. The lead protagonist Joy (Nanda Chakraborty), a Bengali expat in Australia, soon regrets the decision of marrying a local Australian girl Linda (Romina Sliwo), due to the stark differences in cultural backgrounds. The character portrays the internal conflict of an urban, educated Bengali man raised in India, who is unable to get accustomed to the local urban population of a metropolitan like Melbourne, and eventually falls in love with a Bengali girl Shiuli (Urme Bhattacharya), due to the similarities and familiarities in their cultural background and upbringing. 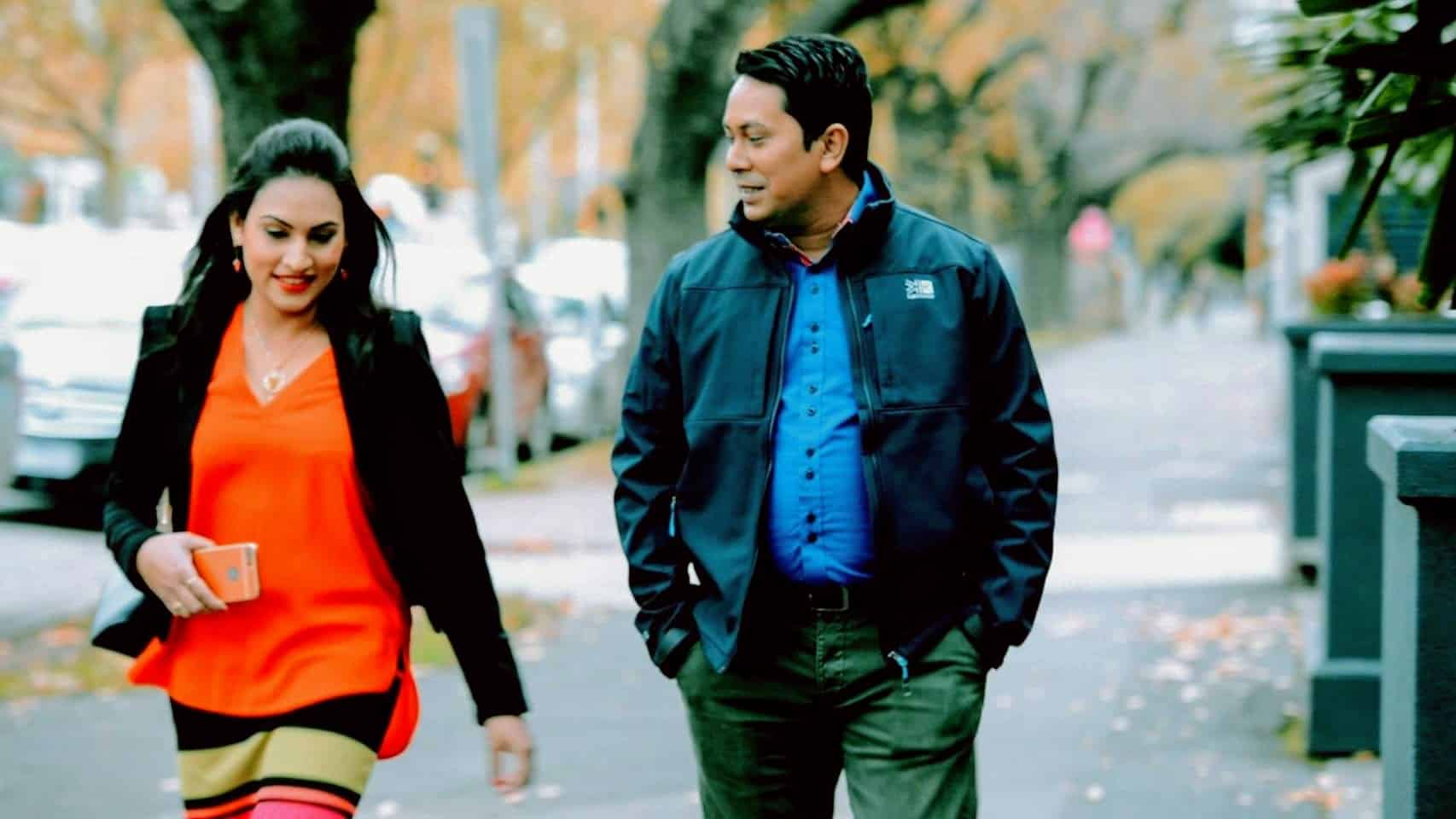 Due to lack of funds and support from Australian film industry and a professional crew, Siddharth played multiples roles including story, script, screenplay, cinematography and direction, to create Samparka with some local cinema enthusiasts. For these very reasons, Siddharth had to choose to release the film on free online platforms like YouTube and Facebook. However, it turned out to be a blessing in disguise as this online release
helped him reach out to a massive global audience, which bagged him great appreciation, recognition and viewership in less than a month of releasing the film. 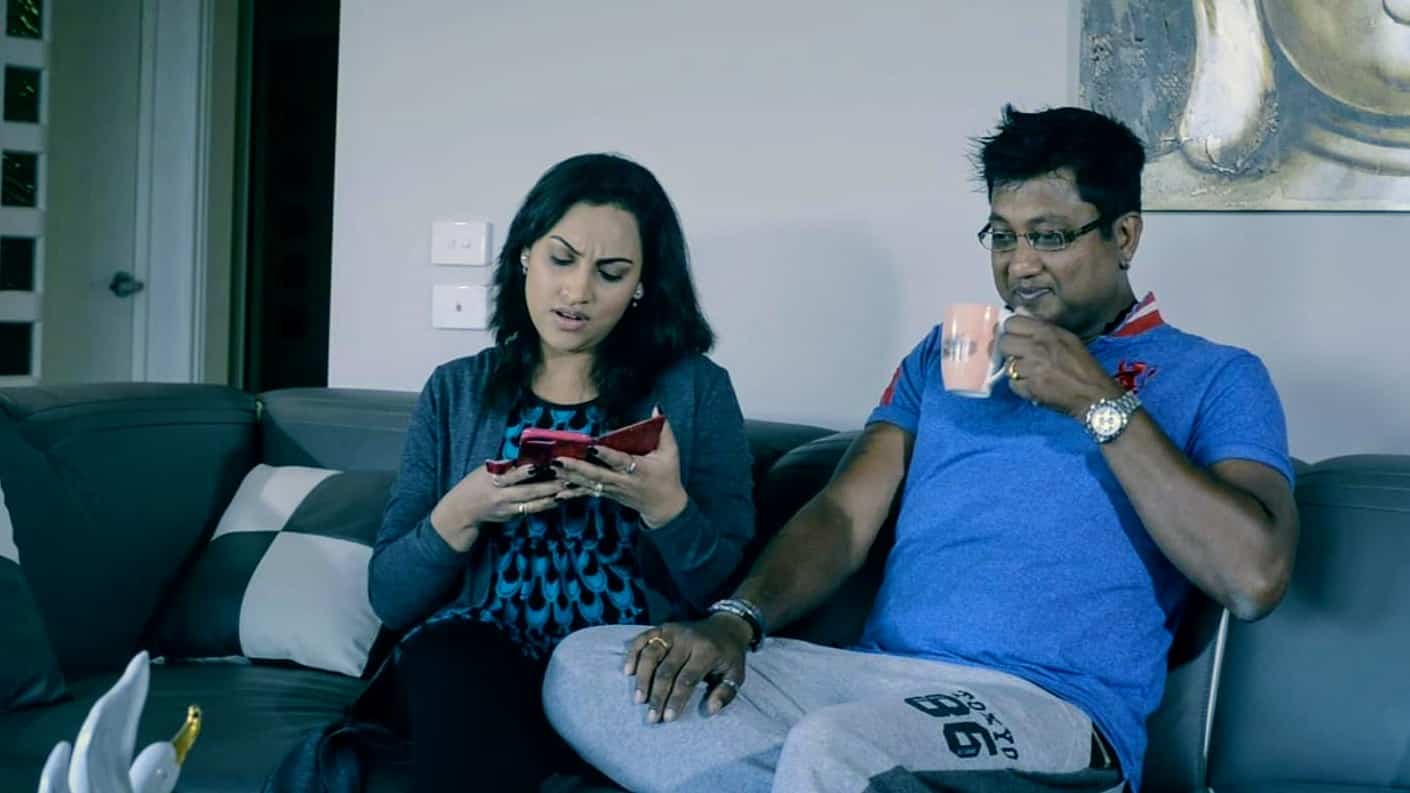 If the film send the message that life can take you on a path different from the one you envisaged for yourself, perhaps the same can be said if its maker Siddharth Banerjee. 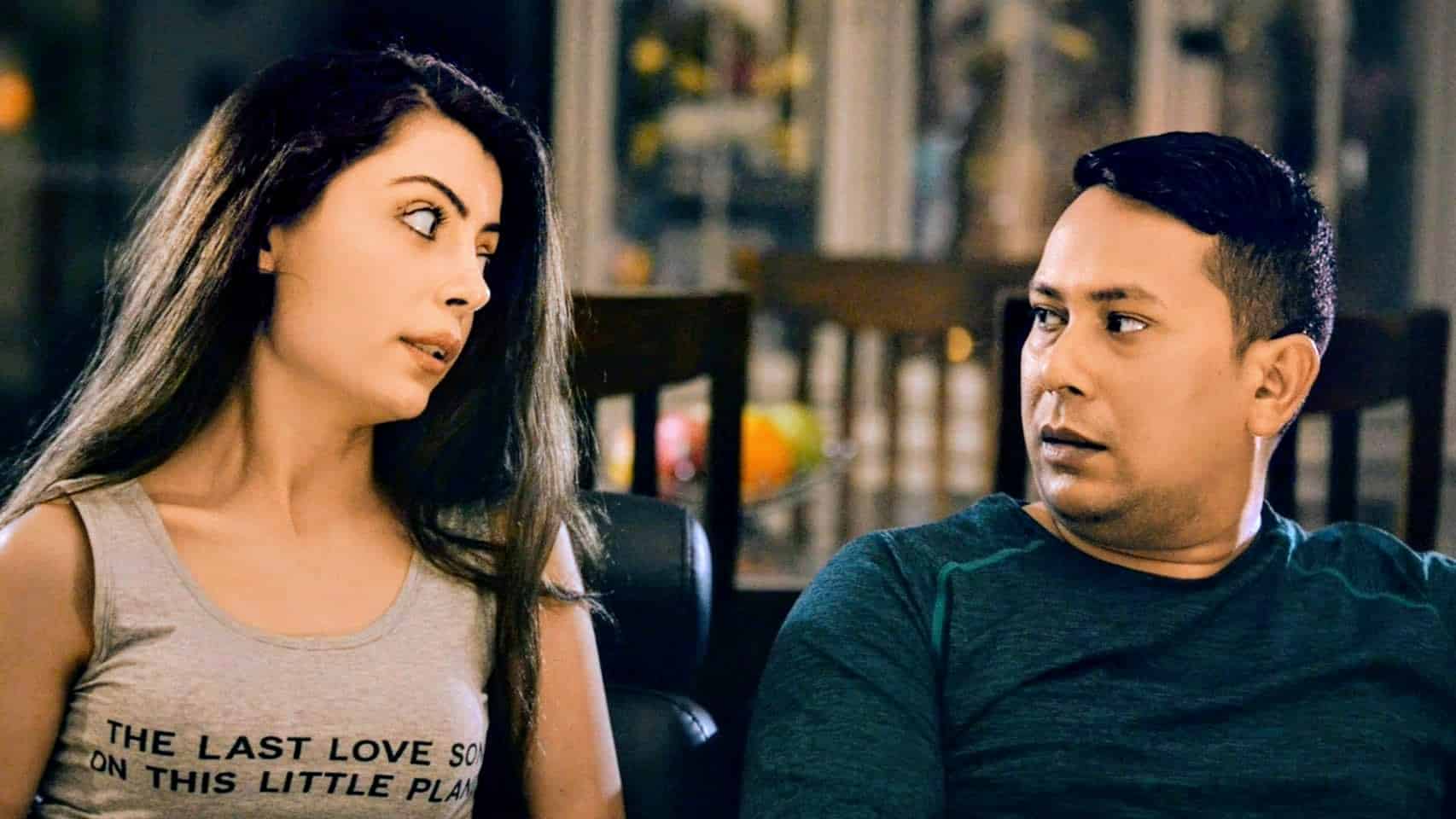 A jack of many trades, the Bengali filmmaker is not a novice in the world of cinema and film-making. Back in 1998 when Siddharth was based in Kolkata, because of an accident and a long stint of illness, he had to take a sabbatical from the high impact, outdoorsy life of a professional cricketer. While exploring work opportunities other than cricket, Siddharth was offered to be a presenter for a tourism roadshow event in the city. One prospect led to another, and Siddharth soon found himself walking runways in a series of fashion shows, signing up modelling assignments and becoming a popular anchor for high-profile events. Eventually Siddharth landed up in the Bengali film and television industry with his first breakthrough TV drama series, Roopkatha by Manoj Swamy. 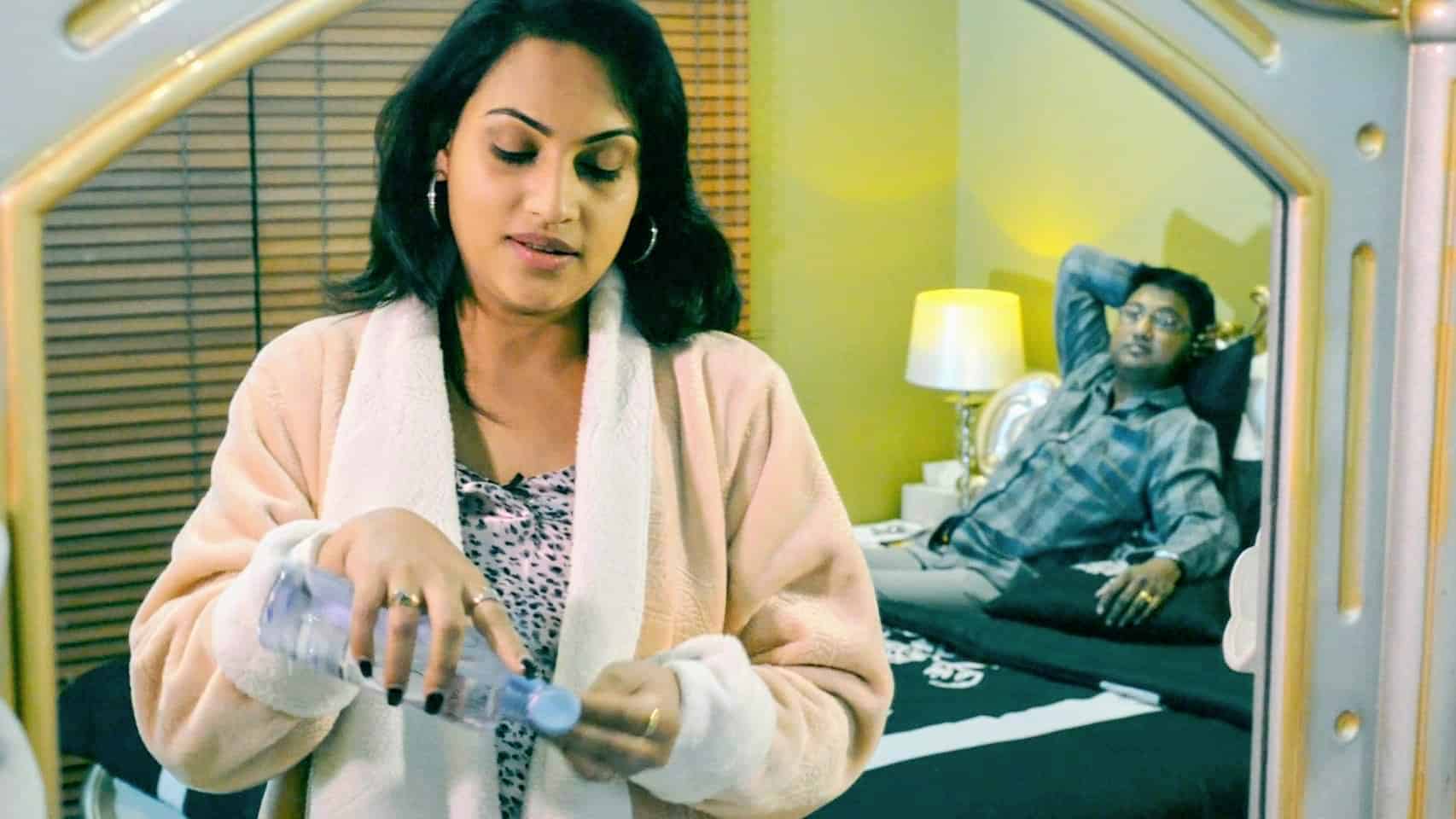 In 1999 and 2000, Siddharth won the ‘Uttam Kumar Best Debutant Actor (Male)’ and then, ‘Best Actor (Male)’, for two consecutive years. “I didn’t have to struggle to get into the
industry but soon I realised that to sustain in the industry I needed to expand my range as an actor. So I joined Kolkata’s popular ‘Group Theatre’, an acting technique workshop that
offered a platform for theatre performances and collaborations for several actors and industry veterans. This led me to get bigger projects with actors like Indrani Haldar and Jishu Sengupta.” 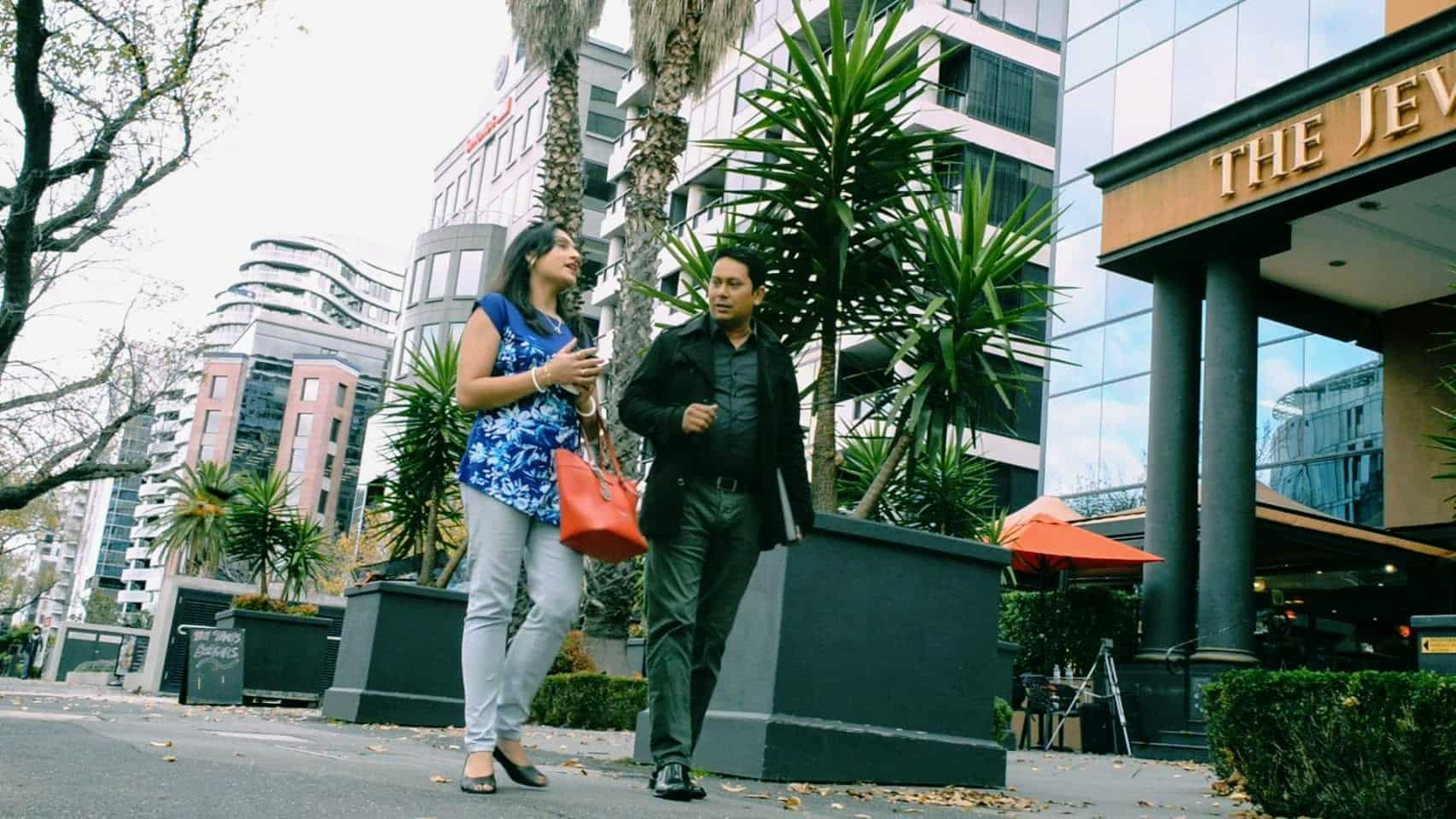 Siddharth also assisted the Bengali filmmaker, Riingo Arnab Banerjee to expand his knowledge about the craft, including direction techniques, lights, sound, camera angles and
cinematography. Impressed by his work, the renowned actor Prosenjit Chatterjee recommended him to Shree Venkatesh Films and he bagged Rohit’s role in the Bengali film Champion. Siddharth soon felt stagnant due to being typecast and decided to move to Australia in 2005. Already bitten by the creative bug, Siddharth began his second innings in the world of films in 2014, by using all his past industry experience to make his first short film Biponno, which qualified for the top five in Melbourne Film Festival. 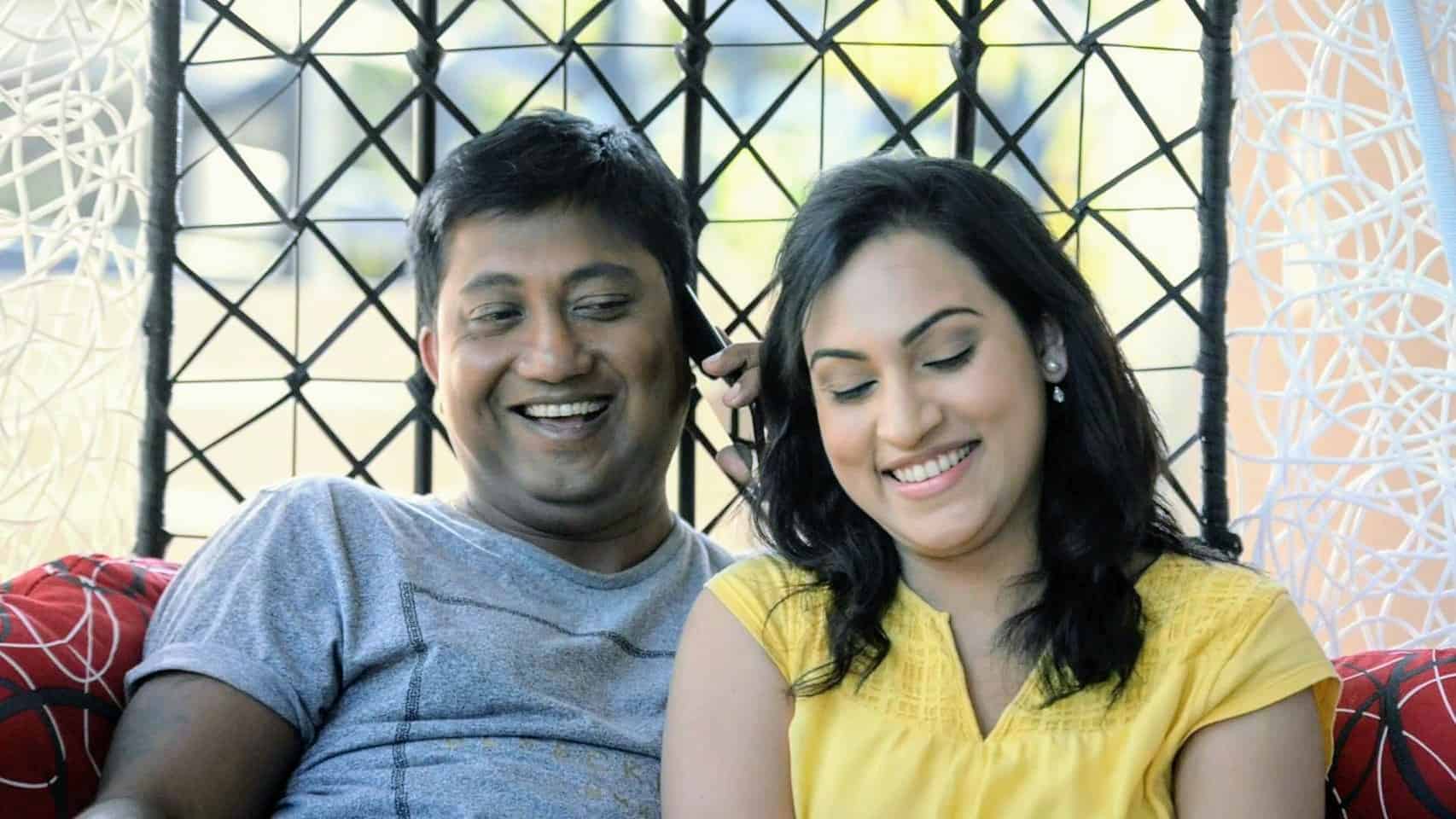 Siddharth is now in the process of making a short and a medium-sized film that he intends to finish shooting before the end of this year. While the short film will be shot in Melbourne
in August 2019, the medium-sized one will be shot in Sydney, in collaboration with local talent.