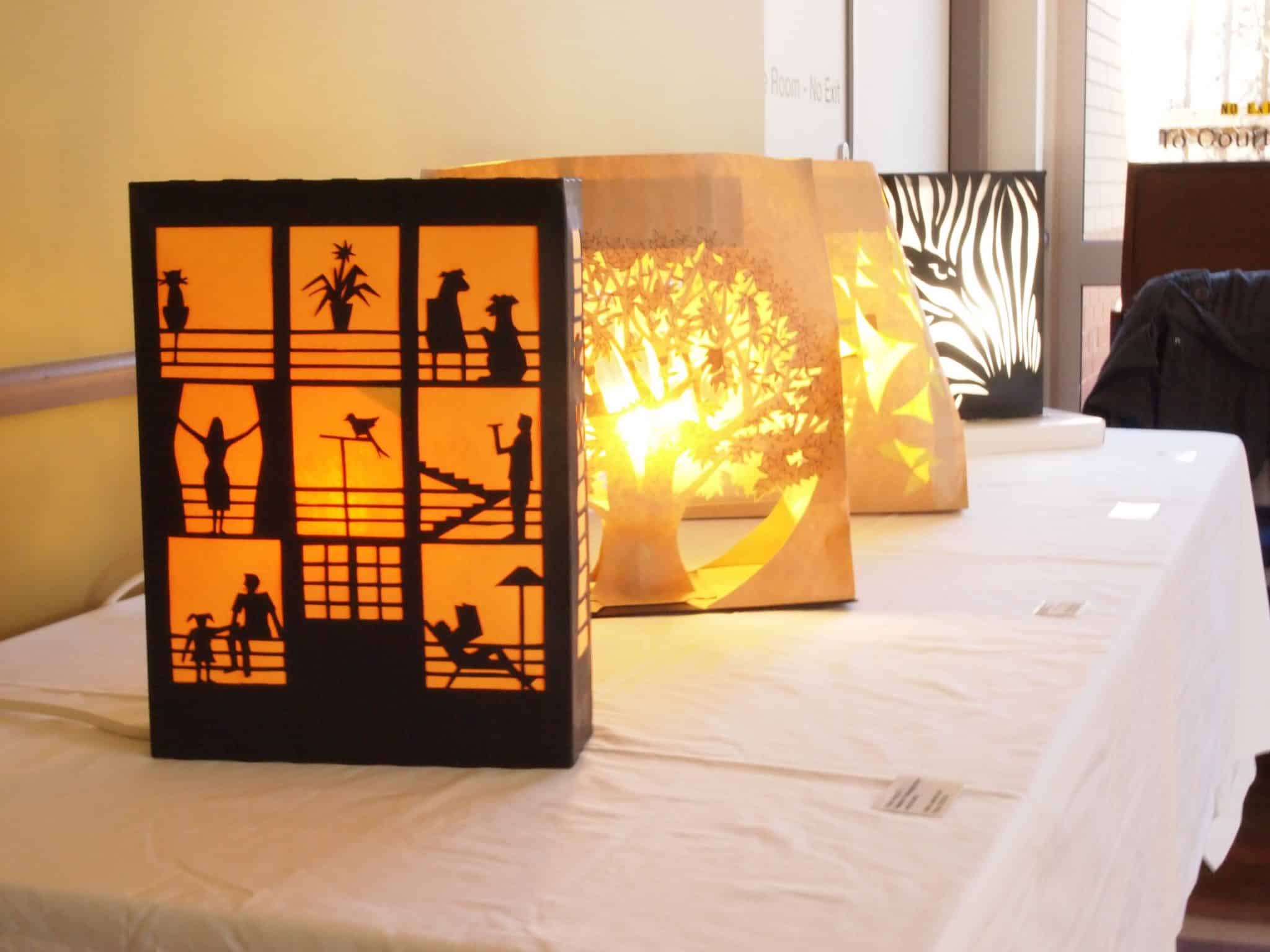 Striving to create art that finds the humour and whimsy in daily life, Janaki Lele celebrates the infinite possibilities of the humble piece of paper. An architect by training, Lele found herself constantly surrounded by paper and other materials. The self-described “obsessive recycler” found it difficult to throw away “good materials that could be reused or refashioned”. In 2009, newly married and looking for work, Janaki found herself with some time on her hands. She plunged into her collection of paper bags and boxes, and started working on her first pieces of art, bringing new life to things that would otherwise be discarded.

This year, Janaki’s work will feature as part of the 18th annual Sculpture by the Sea exhibition, the world’s largest free-to-the-public outdoor sculpture exhibition, held along the Bondi to Tamarama coastal walk. The free event will feature more than 100 sculptures by artists from Australia and across the world. 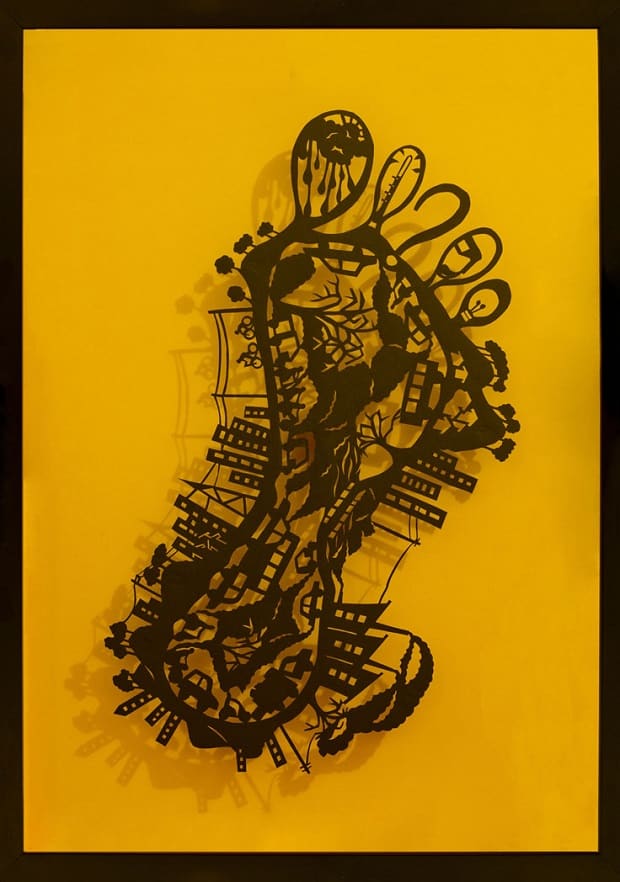 Janaki Lele’s work for Sculpture by the Sea is not yet complete. She is creating a set of nine black and white ‘creatures’ inspired by, and resembling, ants, but much larger in size.

“This is one of the biggest projects I have undertaken,” Janaki revealed. “I made an ant sculpture out of paper a while ago, then this led to another idea and my proposal for this exhibition. It was just this one, lonely ant, but then there’s normally lots of them, they’re usually in an army.”

As all her sculptures are made out of paper, Lele has spent time waterproofing the paper, using timber decking varnish on each individual sheet, to protect against the weather along the cliffs. But keeping to her philosophy of being kind to her surrounds, Lele stressed that she’s using a water-based, environmentally-friendly, low-emission varnish. “I still want to stick to my principles of reusing and recycling,” she said.

Born In Mumbai, before moving to Pune when she was 12 years old, Janaki grew up in a household conducive to a career in art. “Even as a child I was always drawing and participating in art competitions,” she said. With both her parents working as architects, there were lots of prints on the walls; her father was always sketching in his notebook, while her mother made splendid rangolis, contemporising the traditional form. “They have definitely been a major influence on me,” Janaki said. 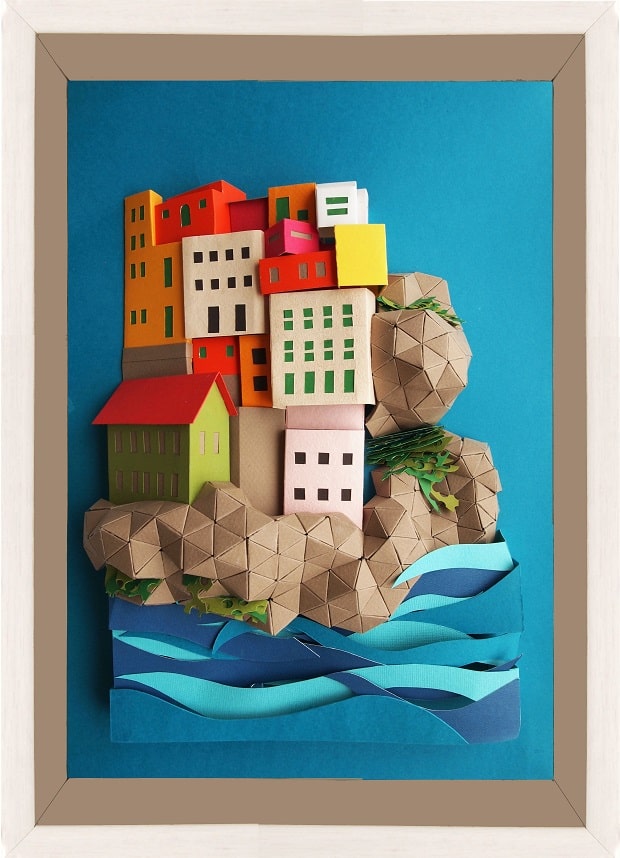 After moving to Australia to study at the University of New South Wales, Janaki met her future husband. “We were actually both from Pune, with common friends”, but it took moving to Australia for the pair to meet. After returning briefly to India, Janaki and her husband decided to settle in Sydney. “I did work in Australia as an architect for a time,” Janaki said, “but I didn’t find it satisfying, I was unhappy, professionally, so I went back to my art and decided to stick with it.”

Janaki has certainly come a long way since her first exhibition at Changeable Art @ North Sydney Community Centre in 2010. She says her inspiration usually comes from nature. “I go for a walk or run in Centennial Park, and inspiration has often struck me there,” Janaki explained. “My architecture background means I have deeper impressions of buildings, urbanscapes and landscapes.” 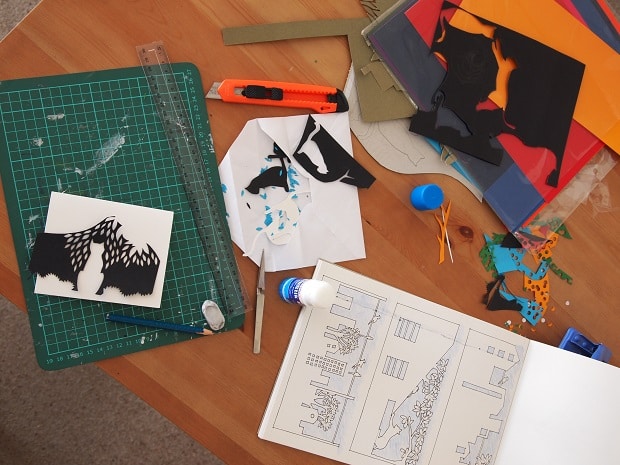 Through experimenting with various folding and cutting techniques, Janaki has developed her artistic style, working with paper to creature two-dimensional and three-dimensional pieces including silhouettes, dioramas, lamps, wall art and sculptures. All her creations are designed, drawn and then hand-cut.

“When I get an idea in my head, I don’t act on it straight away. It takes a few months to process and decide where I want to go with it. I try to interpret the idea in different ways, to decide if I want to do a cutwork or a layered work,” Janaki said. Each piece is unique and the process from start to finish can be as little as a month to as long as six months. 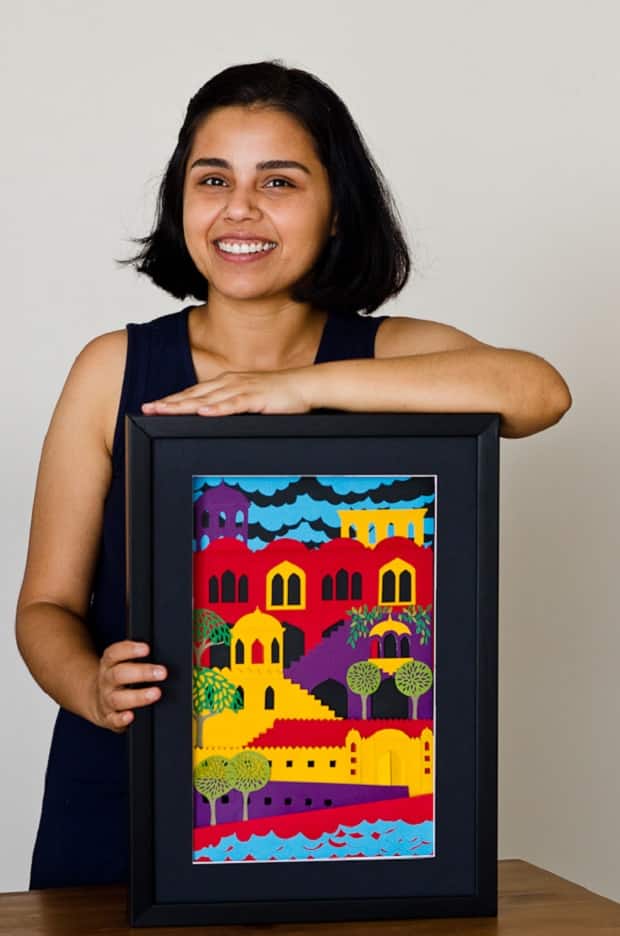 Her Indian background is evident in some of her work, especially in her choice of colours. “I prefer to use bold and bright colours, that’s where my Indian background comes in. One artwork I have is even titled ‘India!’ and is my impression of the heritage buildings of the country.”

Janaki Lele is a talented young artist using the intriguing medium of paper to “give a sense of simple joy” to the world.

Sculpture by the Sea is a free event that runs from 23 October to 9 November at the Bondi to Tamarama coastal walk in Sydney.