On the first day of winter, Adelaide Carnatic music lovers enjoyed, besides an unusual balmy evening, a classical cultural bonanza thanks to Shruthi Adelaide. For the past few years, Shruthi has been presenting an annual event with a catchy theme ‘Vibrance’ that appropriately defines the fare on offer. This year’s programme at the impressive Golden Grove Arts Centre lasted four plus hours drawing a full house. Along with a number of talented local youngsters presenting a variety of traditional dance items, there was an added attraction of two overseas performers – well-known dancer Shirisha and her prodigious flautist husband Shashank. 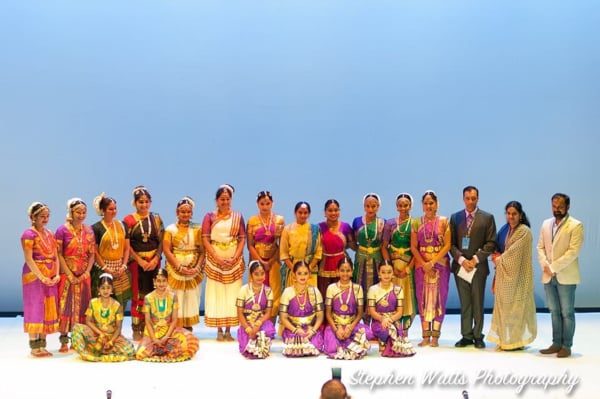 Shruthi Adelaide was started by a small band of music lovers as a bi-monthly hobby session of singing; at the time, no one would have expected it to clock 26 years and grow to this extent. As someone associated with it for a long time from its early days until a few years ago, I am elated to see its vibrant brush strokes on the multicultural canvas of Adelaide, moving from singing only Carnatic songs to presenting a variety of art forms from all parts of India. This was evident on this occasion when 17 girls, all trained at various Adelaide dance schools, presented Barathnatyam, Kathak, Odissi and Mohiniattam numbers.

Shirisha, svelte and serene, delighted the audience with five Barathanatyam numbers, moving with the speed of a gazelle and the grace of a peacock in parallel with the tempo of the lyrics. Her segment on ‘Dasavatharam’ depicting the ten avatars of Lord Vishnu, involving a number of local girls, was easily the masterpiece for which she seamlessly co-ordinated choreography rehearsals from India over the internet. Technology takes the cake, but the icing on the cake was a fusion of all three forms – Barathanatyam, Kathak and Odissi – with a merging of music to boot, involving both western and eastern instruments that was absolutely rapturous. 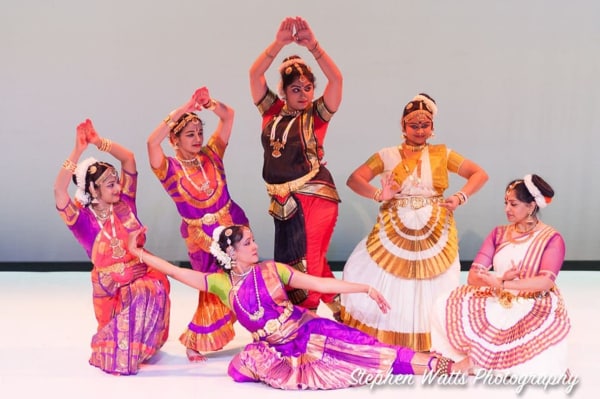 After nearly three hours of this visual feast, it was music to the ears with maestro Shashank’s mesmerising the audience for the rest of the evening. The genius in him was evident even before he turned three when he could recognise various ragas, and received a music scholarship at the age of five. Recognising his immense potential, his father Subramanyam gave up his lecturer position at Mysore University to move to Chennai to enable the young boy get proper musical training. Adelaide has special significance for him since it was here at the Ganesha temple he held his first-ever concert at the age of eleven in 1989. He has never looked back and it is no wonder music lovers here turned up in numbers and had a delightful déjà vu.

Shashank started with varnam ‘Ragunayaka’ in Hamsadwani and followed it up with ‘Korinavara mogasu’ in Ramapriya raga. When he asked the audience for their preferred choice for the main piece, there was a chorus of requests for Aberi, Charukesi, Keeravani etc. Not one to disappoint the adoring fans, he rendered them all, as well as Mohanam, Desh, Hamsananadam and Hindolam showcasing his enormous talent. Then came a medley of songs like ‘Chandrasekara’ in Sindu bhairavi, ‘Vaishnava janatho’ in Kamas and ‘Ragupathi ragava’ in raga Peelu to conclude an enjoyable evening that lived up to the  promised ‘Vibrance’ theme.

Besides Shruthi president Dr Kamalesh and his team, the two behind the scene notables – Suma Manjunath who brought Shashank to Adelaide after a 30-year gap and Sheela Murali, the soft-spoken MC – can rightly claim credit for an eventful evening. And the forthcoming Young Talent Day on August 4 promises to be equally interesting with a vocal concert by rising stars Anahitha and Apoorva, sisters from India.