Home Australia News How not to organise a public protest

Let’s get this straight: citizens in a democracy have the right to air their grievances and be heard by relevant authorities (such as those provided by Section 17 of the Australian Constitution and Article 19 of the Indian Constitution). 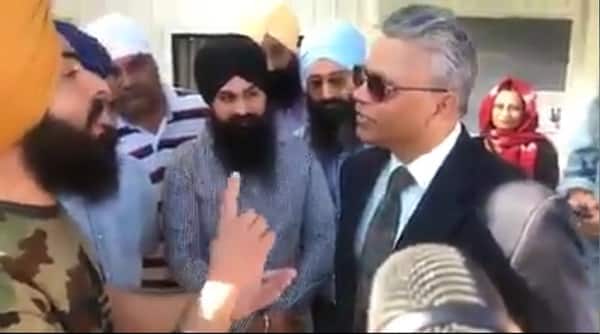 But the Indian community in Australia have been shocked this week at an unseemly protest targeted at the Indian High Commissioner Dr AM Gondane in Melbourne. That the unfortunate incident occurred at a place of worship was even more dismaying.

The episode, which took place at Gurudwara Saheb Tarneit at Melbourne on 18 November, was captured on a video which has now gone viral.

It shows the High Commissioner cornered at the entrance to the Gurudwara and shouted at by a group of men scrambling over each other, and raising slogans. Dr Gondane heard them out patiently and tried to pacify them, as they protested heatedly about the arrest of a British Sikh man in Punjab earlier this month.

It appears that no prior representations about the grievance were made to the High Commission by the protesting group. 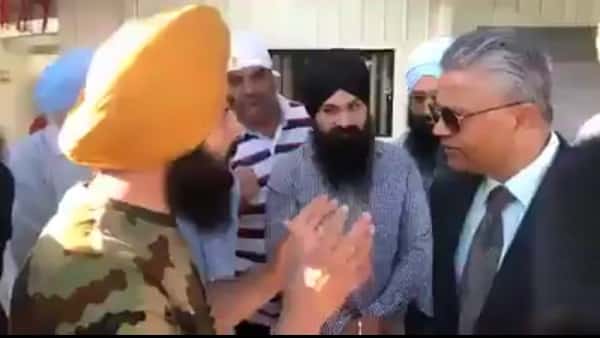 Speaking to Indian Link, the High Commissioner downplayed the issue but clarified that his office is open to hearing complaints from Indian citizens living here.

So, how should you lodge a protest with the Indian High Commission if you have a grievance?

“Contact us via any of our platforms,” he offered. “Write to us, or email us, or use social media.”

“If you want to do it personally, better to check first. Missions will determine which officer you could talk to, based on the nature of your complaint.”

He added, “Many missions are closely guarded at the gate but not the Indian mission. Small groups, I’m happy to welcome into my office, but larger groups I will come out and meet, or have someone meet them.”

In the recent past, the High Commission and the Consulates have dealt with grievances of all kinds brought in by citizens. 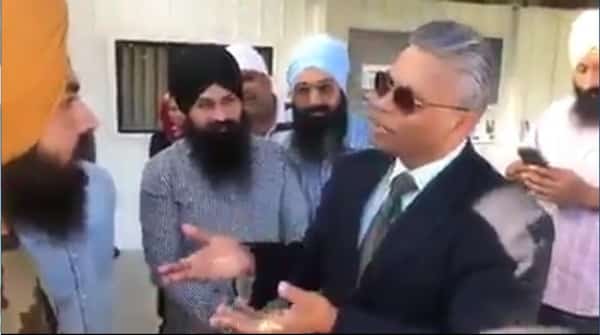 “Only recently, there have been complaints about Dalit killings, and the elephant cruelty photograph in Bengal, for instance,” Dr Gondane revealed. “These are passed on to the relevant Indian authorities and departments and yes, my office will make a follow-up. If it is a grievance that can be sorted out here such as with VFS for example, I will have that looked into straight away.”

If you do want to take up your protest at a larger level such as organising a picket or a march or a rally – and you have the right to – remember there are procedures that need to be followed. These include lodging a complaint first up, and letting the authorities know beforehand. And perhaps, picking one of your group as lead communicator, and trying not to ambush a government official at out-of-office hours.

Placards? Sure. Use them to raise awareness with the general public. Make them catchy; come up with a slogan if you want. But a large, wordy placard – written in Punjabi – brandished outside the Indian Consulate on St Kilda Road, might not exactly cut it. 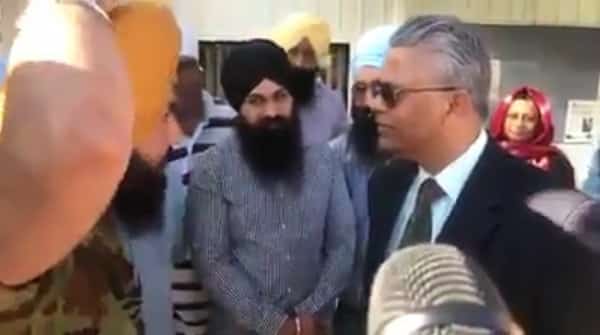 Just like a procession of fast cars revving up outside the Indian Consulate on Castlereagh St in Sydney’s CBD on India’s Independence Day.

So, feel free to protest if you feel strongly about an issue as long as – and we’ll let Dr Gondane have the last word here – “civil decency is maintained throughout.”

Flushing their worries away