A new partnership is announced between Deakin University and Cyient

Deakin University’s ongoing relationship with India has been further strengthened through a new partnership with global engineering firm Cyient Limited. The affiliation will strengthen Indian-Australian cooperation and open cross-cultural doors for students in both countries.

Prof. Guy Littlefair, Head of School of Engineering, Deakin University and Sanjay Krishnaa, Cyient Senior Vice President and head of Cyient Asia-Pacific formalised the new agreement with the signing of a Memorandum of Understanding (MoU) in late February in Melbourne.

Prof. Littlefair hailed the partnership as symbolic of the strength of the relationship between Deakin and India that commenced 21 years ago.

“Deakin has a long and proud history with India and over the past two decades we have committed over $10 million to research initiatives in the country, with 20 strategic academic partners, 20 research partners and 15 corporate partnerships,” Prof. Littlefair said.

The MoU includes joint research opportunities, training modules and skill development for students. “We have strong roots in India and we are proud that Cyient, a leading engineering and network solutions company, has chosen us as its first Australian university to work and partner with,” Prof. Littlefair said. “This is symbolic of the strong links we have in the rapidly-growing power that is India and of the support we can in turn provide to Indian corporations in forging links here,” he added.

Sanjay Krishnaa said the collaboration was a major milestone for Deakin and Cyient, taking the relationship between the two organisations to the next level. “Cyient has a number of signed MoUs with leading universities in India, but Deakin is the first Australian university that Cyient will be collaborating with at this level,” he said. “We look forward to working with Deakin in further developing advanced manufacturing and medical sciences engineering in Australia.”

As part of the new agreement, Cyient will be a link between Deakin University’s School of Engineering and the prestigious Indian Institute of Technology (IIT). There will be opportunity for joint research projects, study exchanges and industry-academia interaction between the universities. Both institutions will also benefit from gaining access to some of Cyient’s leading engineers.

Deakin University’s association with India began in 1994 through a joint venture with the Australian Association of Professional Engineers, Scientists and Managers (APESMA) to offer management programmes through distance learning.

In 1996, Deakin became the first international university in the world to set up an office in India and over the years, has garnered a reputation as a premier institution in the Indo-Australian relationship. Today, more than 50,000 students study at Deakin, comprising more than 8,000 international students including more than 1,100 from India.

It is expected that Cyient, through its international network across 38 global locations, will play a pivotal role in assisting Australia’s future breed of engineers. 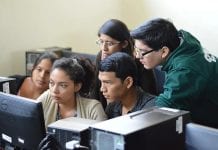 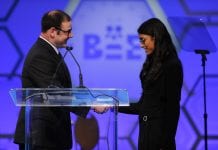 We know by Year 11 what mark students will get in...