In the 1960s and 1970s, Australia saw a considerable number of migrants from different parts in India settling here. But the new settlers faced new dilemmas – their children were growing up in a culture with many positives but with no facilities to know their roots. 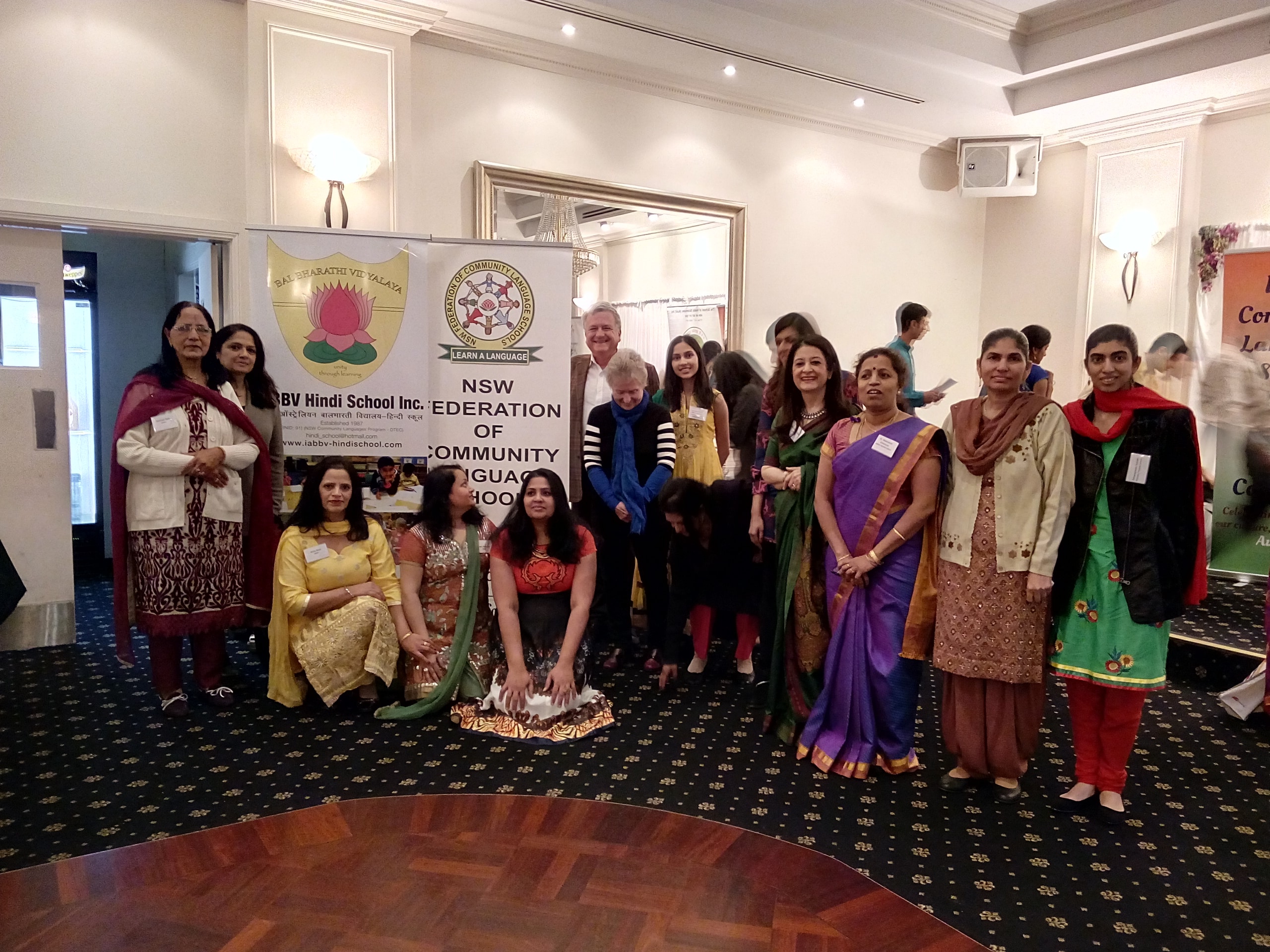 At such a time 40 years ago, the maiden Indian language school, Balar Malar, was born during a discussion at a leisurely lunch. It became the main source for socialising for parents while the children felt comfortable being a part of group that gave them a sense of belonging.

After tireless efforts of many in the community, Indian ethnic languages are finally making inroads into Australia’s mainstream. While the community languages schools across the country are doing their best to keep them alive, their initiatives for second-generation descendants are still not up to the mark owing to under-funding and under-representation in the mainstream framework.

According to the 2016 Census, Indians are the second-largest ethnic group, numbering 468,800 (1.9% of Australia’s total population) and the numbers are growing exponentially, considerably contributing to the Australia economy and multiculturalism.

Recently the NSW Premier Gladys Berejeklian announced a $10.9 million funding increase to the NSW community languages sector over the next four years. This was welcomed by many and has been termed as ‘a wise investment in the state’s future.’

In a bid to bring these Indian community languages schools together, as well as lobby the government for mainstream presence, the second annual Indian Community Languages Schools Parents and Teachers Conference (ICLSPTC) was recently organised in Sydney. The last year’s conference had received an ‘excellent’ feedback. And this year, the conference proved to be a learning ground for the teachers. 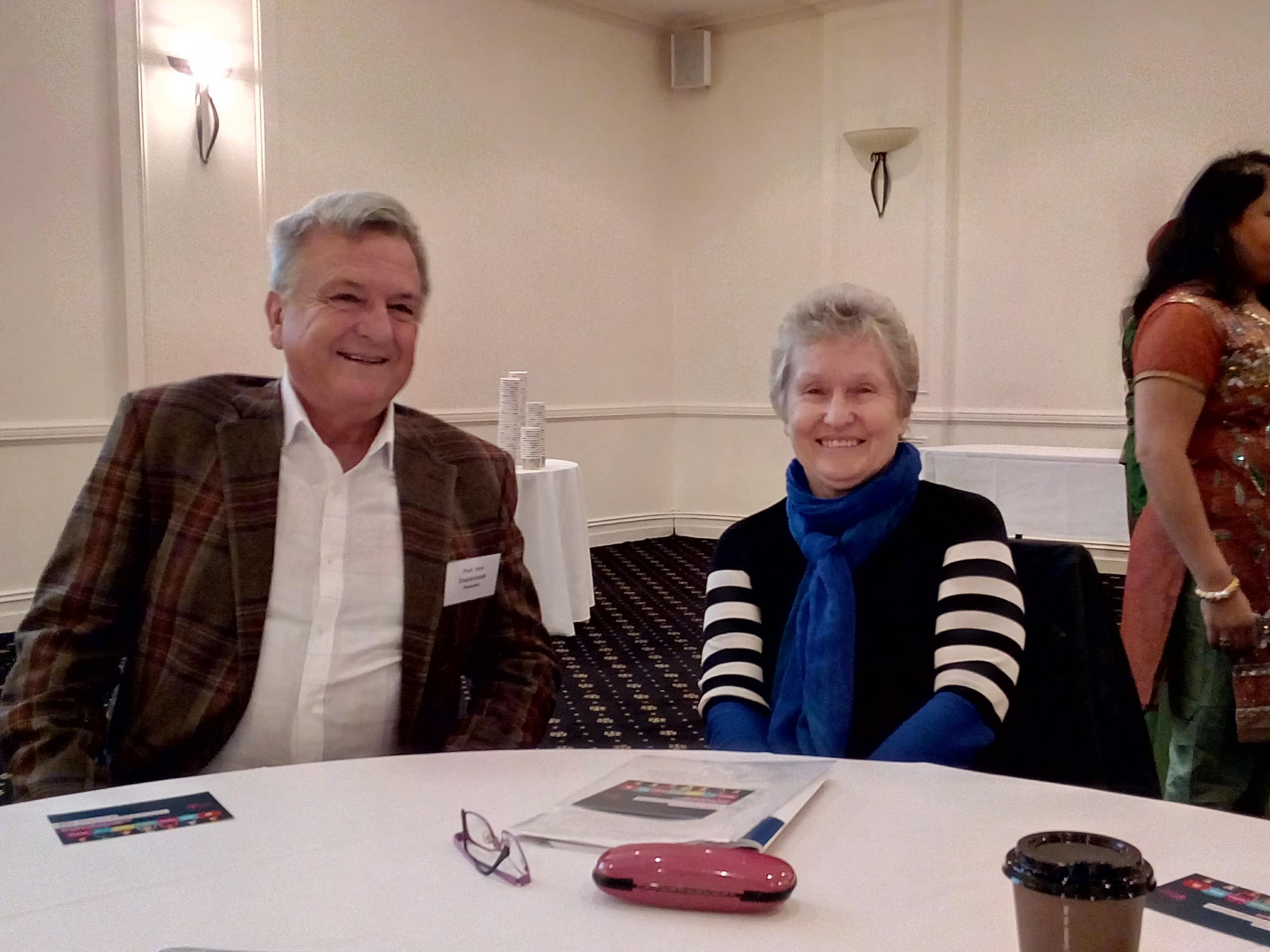 Initiated by the School of Vedic Sciences Australia (SVSA) and supported by the Community Languages Schools Program (CLSP), and the Department of Education, under the Communities United Through Language reform initiative, the well-planned and well-attended conference brought together delegates from Sanskrit, Hindi, Telugu, Marathi, Punjabi and Tamil language schools. They were joined by community elders, government officials, politicians and representatives from the Indian Consulate.

Jozefa Sobski, the Chair of NSW Community Languages Schools Board and the keynote speaker, lauded the efforts of the volunteers and lent her support to the promotion of community languages. She made a strong statement by saying, “We do not need a stricter English test for migration.”

This comes in the backdrop of the recent sweeping changes to Australia’s citizenship laws announced by the Federal Government in the country. The Malcolm Turnbull government now wants migrants to sit a separate English test before they take the citizenship test, and it wants the test to be set at a more challenging Level 6.

Professor Ken Cruickshank of the University of Sydney emphasised the need for unity in the Indian community languages sector. “I think it is really good that people are speaking in one voice. Australia is the only country in the world where the government funds community languages schools. It is not because they have a good heart; it is because of lobbying from the community,” Professor Cruickshank told the audience.

He further emphasised the need for creating a framework for assessment of language. At present, there is no way to accredit language learning in the Australian context. “I think community language schools are the only schools where you have beginners with total fluency. So it is important to give the parents and the students an idea of what they can do,” he said.

“You are breaking new ground. It is only in Australia and Canada that they have looked at teaching Indian sub-continental languages as the second or third language,” he said, applauding the efforts of the community language teachers.

“There are ten government primary schools teaching Indian subcontinent languages but there has been no real increase in funding for this program in 20 years. The Saturday School of Community Languages also desperately needs an increase in funding,” he told Indian Link.

He stressed on the importance of having a languages policy in the state. “NSW has no languages policy and no long-term planning for languages. It is great to see some funding, but what is going to happen to stop the decline in languages? Only 8% of students now take languages for the HSC. It would be good to see broader funding and some policy,” he added.

There was visible unhappiness amongst the members of the audience at the conference about the changes in the citizenship laws.

“The requirement for the IELTS level is totally unrealistic. It is racist and short-sighted. Australia gains so much through its migration program – we gain highly skilled, highly educated and talented migrants and refugees. The country actually saves so much money by getting these immigrants. Then they want to place a barrier to citizenship,” Professor Cruickshank said. 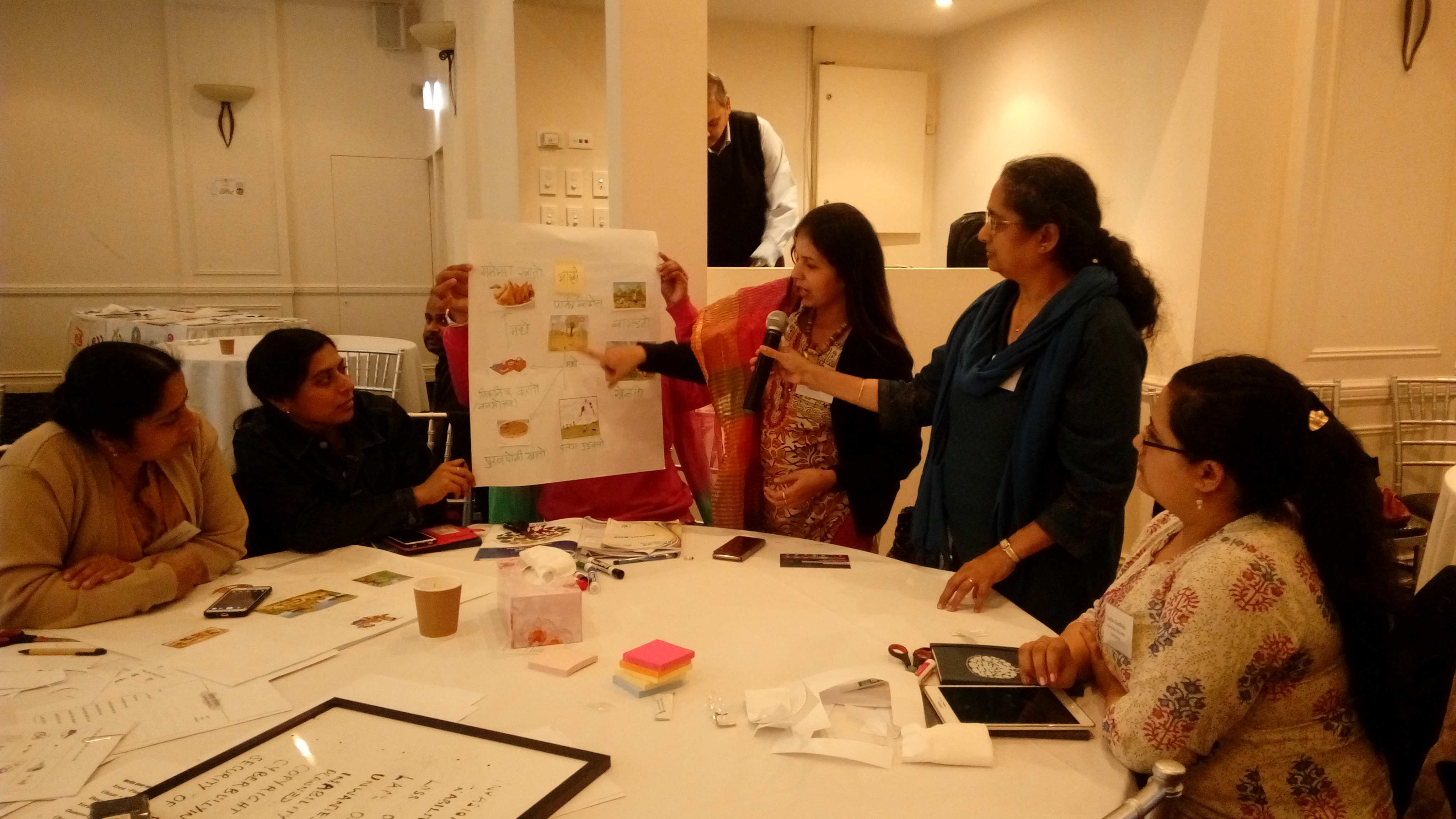 “Think of the minimal cost of having much better English language support for migrants, instead of punishing them. I wonder what would happen if the politicians making this rule had to take that IELTS test themselves. Would they be able to become citizens? If they didn’t, would the government deport them? This English language requirement is pandering to the lowest common denominator in Australian politics,” he stated.

Mala Mehta, the founder and head of the IABBV Hindi School in Sydney and a crusader of Hindi language, agreed. “It is ridiculous and discriminatory. Instead, they should increase the funding towards ESL programs – encourage people when they migrate here to study English.”

The conference had a number of workshops for the volunteer-teachers to understand and imbibe new and traditional way of teaching. In keeping pace with the modern world, the teachers geared up to integrate social media into their teaching methods under the guidance of communication speaker Janine Marin. Students-turned-volunteers Saumya Raman and Amanpreet Kamal introduced the art of using concept maps in the teaching methods.

The most entertaining session of the day was the ‘Grammar with fun’ session with Dr Meenakshi Srinivasan and Meera Jagadeesh of the Sydney Sanskrit School. The session was a bit hit as all the teachers wrote the famous children song ‘Kookaburra sits on the old gum tree’ in Sanskrit, Hindi, Punjabi, Marathi and other community languages.

What next for the Indian community languages schools?

In 2015, Hindi was included in the national curriculum and a K-10 curriculum was developed by in the same year. This year, Mathematics teacher Gurmeet Kaur has successfully managed to incorporate her love for her mother tongue Punjabi by including the language as part of the mainstream school curriculum at Sir Joseph Banks High School in Revesby. The forum plans to push to include Hindi as a mandatory subject in primary schools.

Efforts are underway to launch a new app named ‘Akshara’ – a learning app for Devnagari script. “We will launch the app very soon,” Dr Lakshmi Satyanarayana, co-convener and board member of NSW Federation of Community Languages Schools said.

The forum aims to bring everyone in the community languages sector together to exchange resources and brainstorm and create a common framework.

“The expectation is that this framework will become the foundation for all the languages. Using this framework, we can then create syllabi which will be recognised in primary schools and HSC. We would like to train as many teachers as possible so that they can keep teaching these languages in the country where it is supported very well,” she told Indian Link.

“Everyone is doing their bit in their silo approach. This platform brings everyone together; no need to re-invent the wheel. There are strategies they can utilise,” she said.

IABBV founder Mala Mehta agreed with Dr Lakshmi Satynarayana. “It is a great idea to get together. In 2011, I spearheaded a project to get Hindi as a priority language and we all came together across Australia. We shall do it again to make Hindi a mandatory subject in primary school. Victoria already has it, but NSW does not have it yet.”

The forum is expecting to have more representations from Kannada, Urdu, Bengali, Nepalese and Malayalam groups in future cross-cultural dialogues. “We also need to run smaller workshops instead of waiting for one year. That’s our goal – stay united. Think united. Be one voice to the government here and in India,” she said.

The forum is looking for proactive support from the Indian government. “We are very proud of this second conference. This time, the Consulate General of India has been supporting us all along. It is important to be recognised by our Consulate,” Dr Satyanarayana said. “We do not get support in terms of producing learning materials, as non-profit organisations run the schools. Volunteers are not paid, except for the per capita income that comes from the department of education. Yet, the teachers are absolutely dedicated,” she lamented.

“At the NSW Federation of Community Languages Schools dinner this year, I noticed the Indian representation was the highest. It will be a wonderful idea if the whole community comes together and shares this project. This will be a common platform for lobbying to the government and to get suggestions and resources from the government,” observed Karthik Subramanian, conference convenor and president of SVSA.