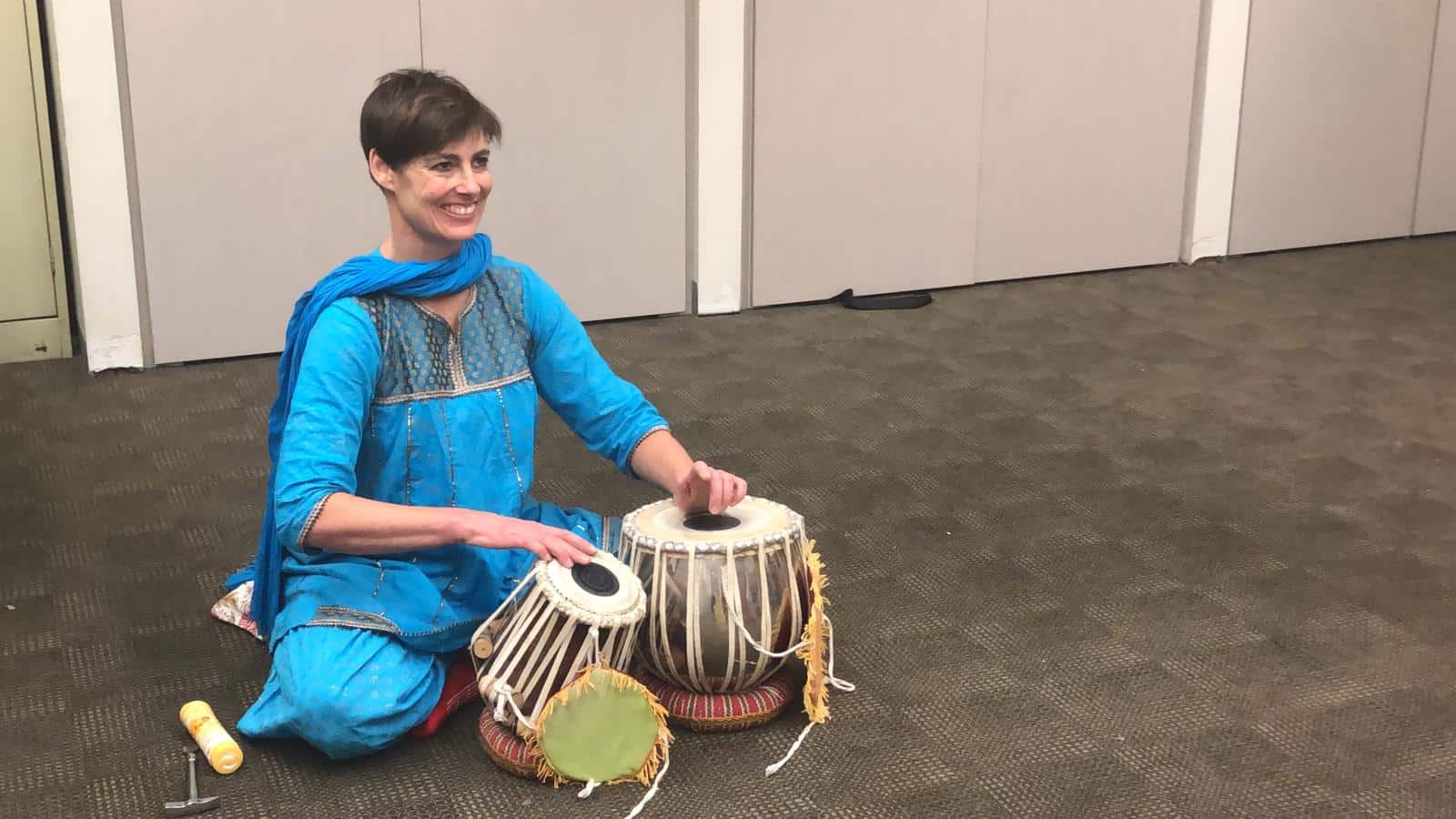 It was 1989; Australians were angry – angry at the rapid growth of American influence
all over Australia. It was then that Kate Tempany all of 21 years decided to go to India,
that was still quite raw and untouched as far as American influence goes. But before she took the trip, a friend suggested her to learn Hindi, to make her time in India easier and worthwhile. So there she was, with all the Hindi alphabets scribbled on a piece of paper in her hand as she got on to a bus in Orissa. At every stop, she attempted to read the name of the stop by matching the letters from the paper and barely managed to get it right. That was Tempany’s first brush with the Hindi language.

“It was a post colonial idea to learn the language and be able to connect with the people
of India. Wo aapko behetar apnaate hain (they accept you better) when you speak their
language. They opened up their home for me even with my tooti-footi (broken) Hindi,
because they understood my intent of wanting to for a relationship with them,” says the
52-year-old who dons many hats – of a mother to two teenagers, a music composer, an
aerobics instructor and also a Bhangra dancer.

On one of her trails through a town in Orissa, is when the sound of the Tabla (Indian
musical instrument) picked Tempany’s curiosity and she immediately knew she wanted
to learn the instrument. As destiny had it, after a long wait, when she finally found an
English-speaking teacher, the first thing he told her was ‘to learn Hindi’ to really
understand the rhythms and notes of the Tabla.

Back in Australia, she took up a Sanskrit course at the University of Melbourne. It was an
intense three-year program that she says needed immense amount of patience and
understanding. “I was a good student of language. A great deal of learning a language
comes with lots of practice and repetition. Being a musician helped, that too relies
heavily on practice.”

At the time Melbourne wasn’t as multicultural as it is today and therefore, it was hard
for Tempany to be outspoken about her interest in a foreign language. Plus there
weren’t enough people she could communicate with, in Hindi.
Hindi films though came to her rescue! Amitab Bachchan’s Deewar (1975) stands to be
one of her favourites apart from Ardha Satya (1983) and the more recent Padman
(2018).

“In the absence of structured online Hindi learning materials, I’ve tried to immerse
myself in cinema to improve my understanding of spoken and idiomatic Hindi,” she says.
Tempany quite unexpectedly suggests a popular Hindi crime show called C.I.D as a must
watch for beginners because of the simplicity and repetitive dialogues. “Sir, एक लाश
ज़मीन पर पड़ी हुई है! एक लाश? Yes Sir, एक लाश,” Tempany repeats in a thick voice.
Tempany is a big fan of Saadat Hasan Manto and his short stories like Toba Tek Singh
and Khol Do.

Learning Hindi and embracing the Indian culture has been a real game-changer for
Tempany. “My engagement with India and the community has become a part of the way
I think. It is a very intense involvement; at a subconscious level it has helped me think in
many different ways and completely changed my life. I am able to look at myself as a
global citizen and connect with other cultures too,” she says.

But she feels there is limited access to good Hindi materials and resources for more
people to learn the language easily as compared to many other languages out there. And
she hopes that the Indian and Australian governments are able to resolve this issue so
that Hindi gets its due and reaches more homes all over the country.