In recent times, GenNow actors have been redefining the genre of masala entertainment. With their unconventional approach and roles, not to mention styles, Ranveer Singh, Ayushmann Khurrana, Vicky Kaushal, Rajkummar Rao and Ranbir Kapoor have erased the line between credible actor and saleable star.
‘Actor’ and ‘star’. Sometime in the seventies, Bollywood filmmakers, fans and the film press alike created a distinction between these two job profiles. The actor was someone who
would win the accolades and awards for his histrionic skills, not necessarily guaranteeing hits. The star was the industry’s prized possession, because he raked in the big revenues for the film trade, cashing in on an image that triggered off mass hysteria. There were a few who managed to blend the two – think Amitabh Bachchan or Aamir Khan – but by and large, Hindi mainstream cinema’s idiom was so radically divided down the middle that no one went to see the stars – in many cases, the superstars – for their acting skills, just as no one expected the actors to score blockbusters.
The changing syntax of Hindi cinema has accommodated a new breed that has carved a niche with talent, and yet can assure profitable returns for producers pumping in the money. Ranveer Singh, Ayushmann Khurrana, Vicky Kaushal, Rajkummar Rao and Ranbir Kapoor may represent varied flavors of contemporary Hindi cinema, but they stand for one thing: in an industry that is learning to create commercially viable films that bank primarily on content, these actors are all malleable enough to fit into a wide variety of roles. In short, none of them bank on a specific image. 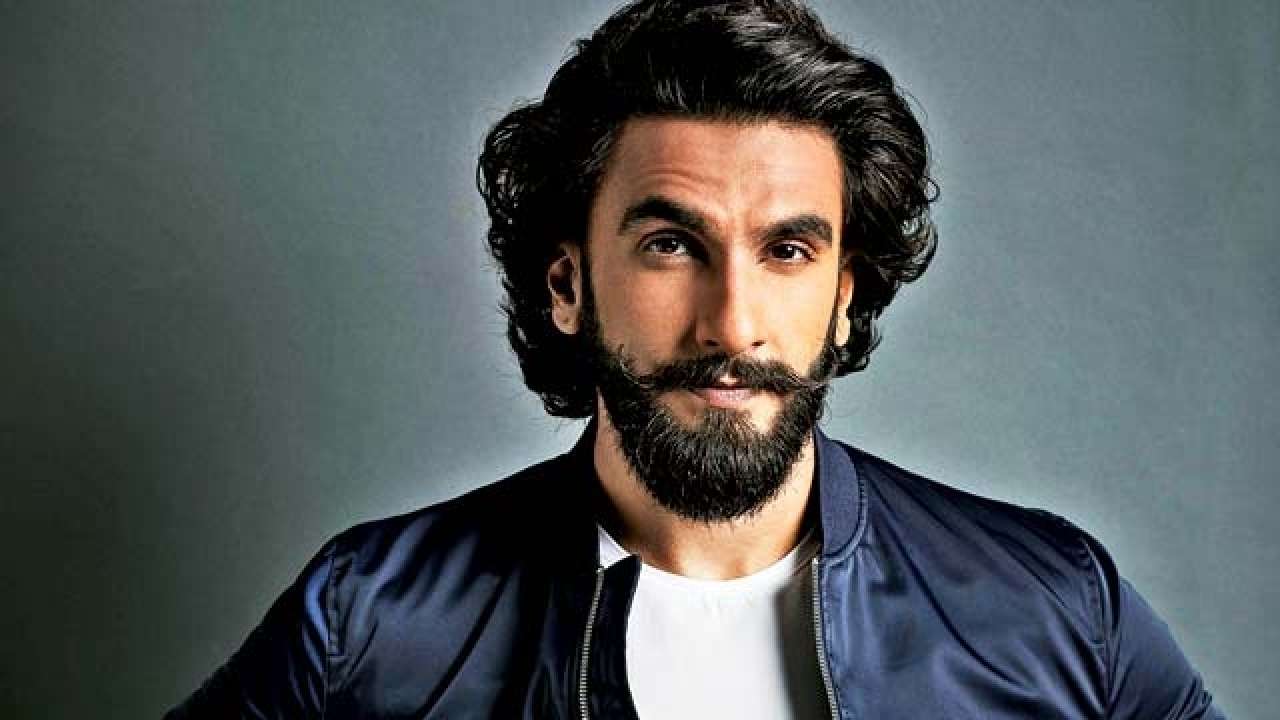 Ranveer Singh: Chameleon superstar
Ranveer Singh made clear his intention of serving entertainment with a difference with his very first film. Band Baaja Baaraat, his debut film in 2010, was a slice-of-life romcom about two wedding planners. Ranveer’s guy-next-door charisma worked well with the film’s breezy yet realistic mood.
Over the years, his stature has risen and, after consecutive blockbusters, Ranveer today is perhaps Bollywood’s biggest new-age hero. His game plan, however, remains the same. His
focus seems to be on signing up to a role that lets him surprise his audience, be it Khilji in Padmaavat, Bajirao in Bajirao Mastani, Sangram Bhalerao in Simmba or morphing into Kapil Dev in the upcoming 83. Indeed, his choice of roles make it obvious that he is Bollywood’s most enigmatic chameleon of this generation – readily donning a new skin for a new film.
His only failure in recent times has been the romantic drama Befikre, and the poor show of that film perhaps underlined the truth – when it comes to Ranveer Singh, regular stuff won’t do. The audience has somehow come to expect something beyond the ordinary whenever he hits the screen, besides, of course blockbuster box-office shows. Balancing that larger-than-life expectation with the not-so-simple deal of a good performance every time, will be Ranveer’s big challenge in the future, even as he enters the brightest phase of his career. 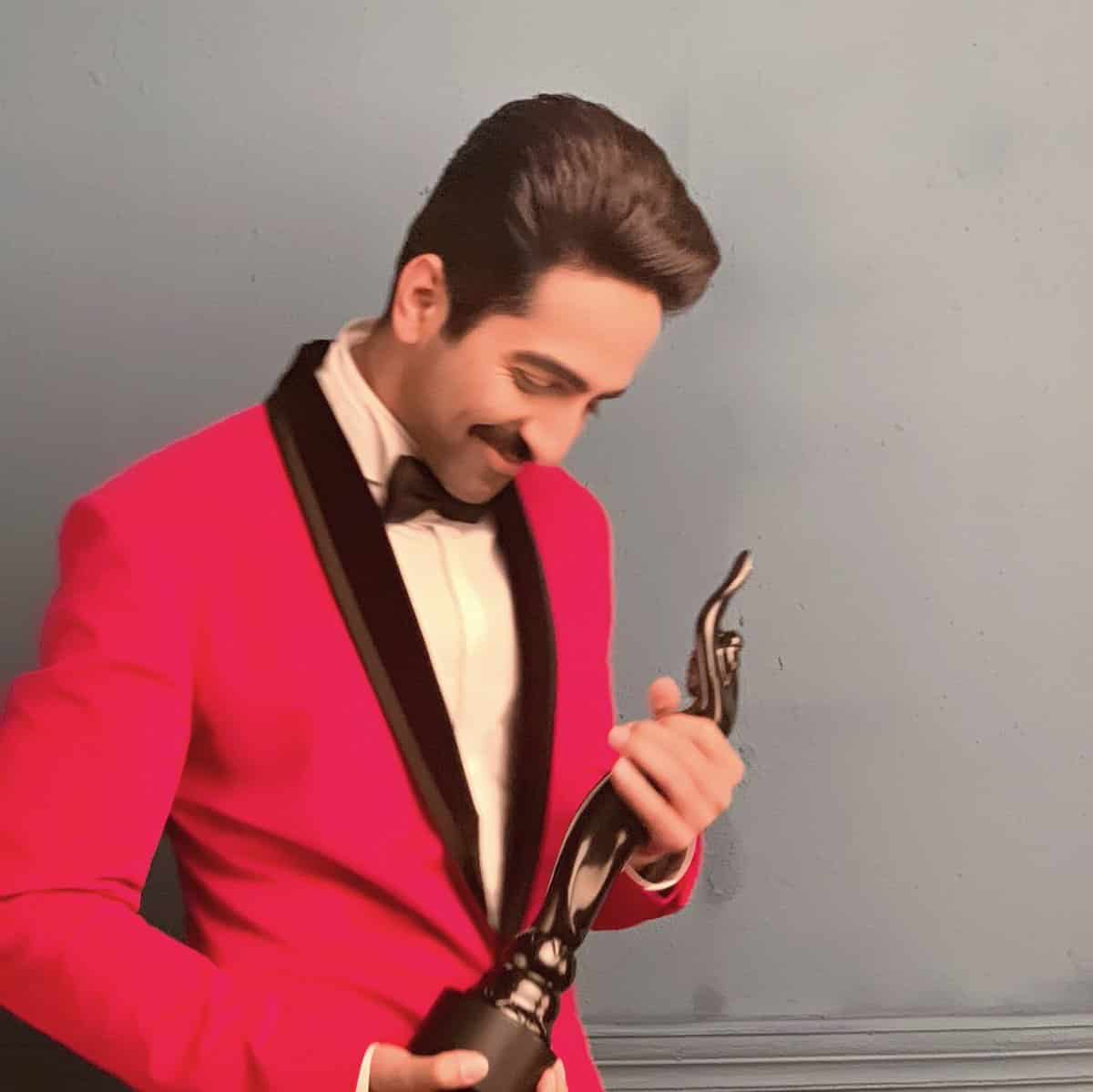 Ayushmann Khurrana: Master of surprises
This one is literally the story of a rise from the ashes.
Ayushmann Khurrana, it seemed, had the world at his feet with his debut role in Vicky Donor in 2012. Then came the slump. Although he did deliver Dum Laga Ke Haisha in between, most of Ayushmann’s films over the next five-odd years simply failed
to leave an impact.
The turnaround that started with 2017’s Bareilly Ki Barfi was a quiet but steady one. If the law of averages is indeed a reality, Ayushmann’s poor phase is long gone. Since 2017, he has been on a roll of five consecutive hits – Bareilly Ki Barfi, Shubh Mangal Saavdhan, Andhadhun, Badhai Ho and Article 15 have all been hits.
Ayushmann’s box-office USP, however, lies not just in his newfound power to deliver hits. It lies in the fact that the actor has made it a habit to portray a very different role in each new film. The audience has come to expect something new from him every time. At a time when Bollywood cinema is changing, and young filmmakers are out exploring fresh concepts and characters, that puts Ayushmann in a position of huge advantage – not to mention the fact that the National Award he just won raises his stakes by a huge margin. 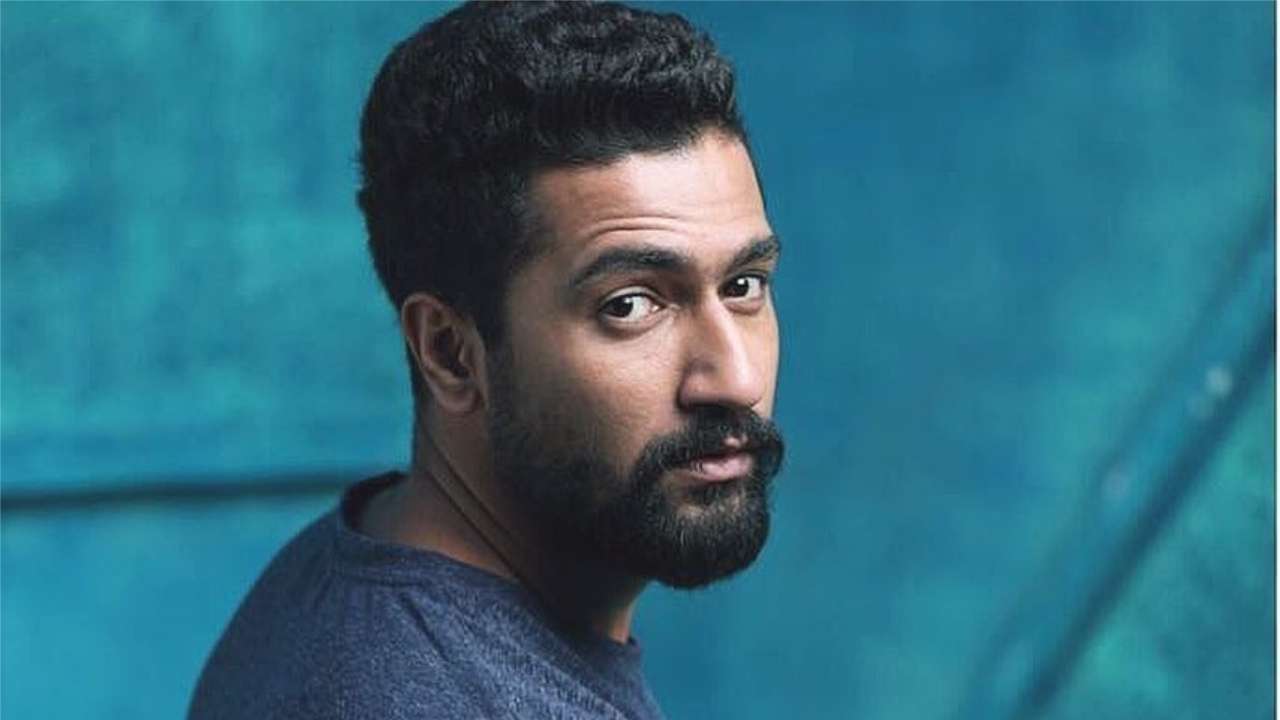 Vicky Kaushal: Believable face of the hero
No one expected the lanky boy of Masaan (2015) with undoubted artistic skills to deliver one of the biggest blockbusters of the year, four years into his career. Vicky Kaushal did just that when his latest release Uri: The Surgical Strike gave Bollywood its most unlikely commercial star of the season. The blockbuster Uri has raked in over Rs 240 crore since release, and Vicky is now part of the A-list.
Vicky’s phenomenal rise, along with Ayushmann Khurrana, perhaps signals the shape of things to come for Bollywood stardom. In an era when realism has crept into entertainment
cinema, the hero will also have to be someone who can effortlessly shed all larger-than-life pretenses.
Vicky’s National Awards win as Best Actor for Uri marks a new high, but the actor is taking things cautiously. Despite Uri he has only two films coming up: the horror drama Bhoot: The Haunted Ship and the patriotic biopic Sardar Udham Singh where he essays
the title role. 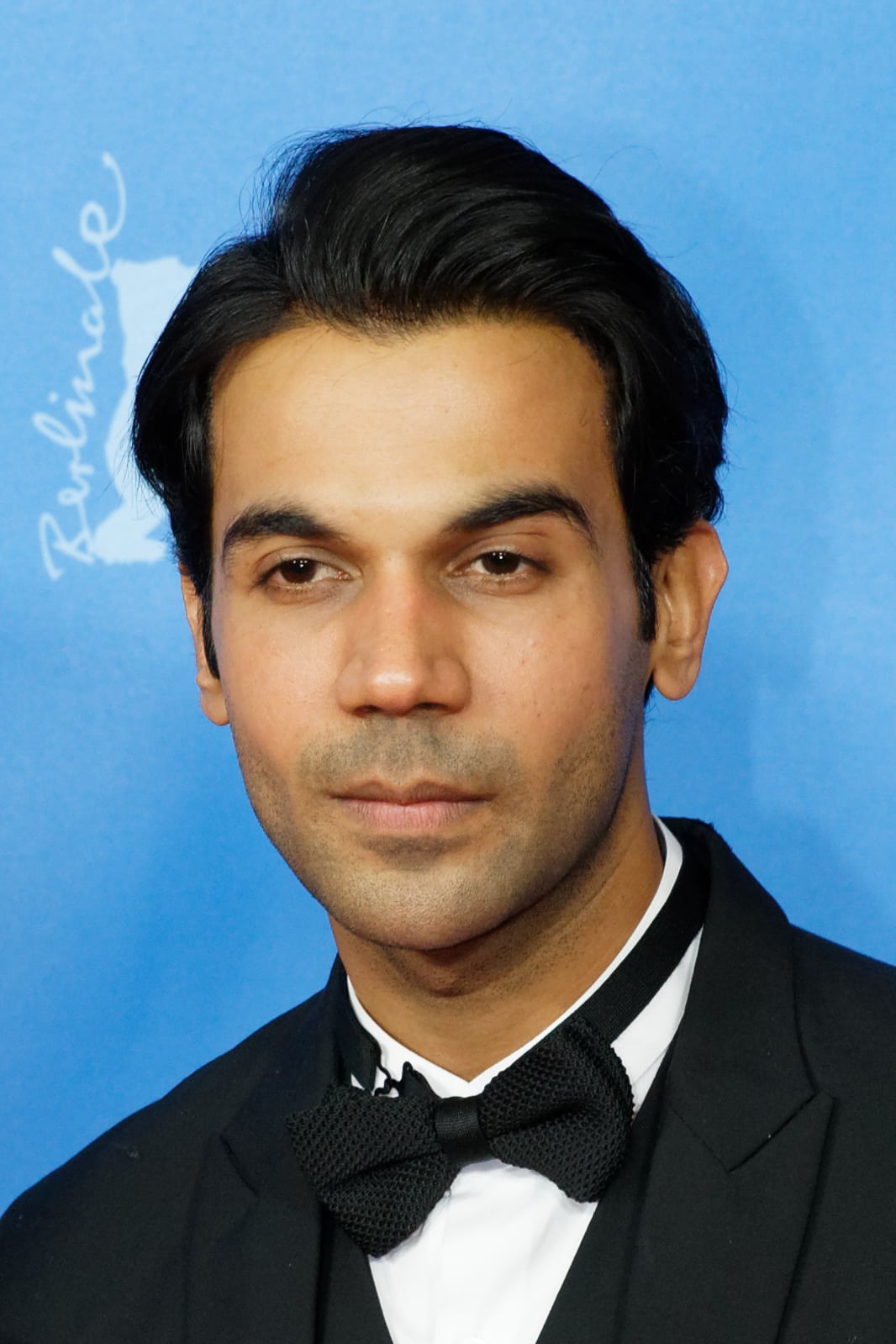 Rajkummar Rao: Irresistibly versatile
Not many actors in Bollywood can claim to have never repeated the same act, and won over fans despite never bowing to stereotypes. If Rajkummar Rao fits that bill, he has also carved his niche by defying every cliche that normally defines the Bollywood leading man.
Indeed, Rajkummar has defied all odds in Bollywood. He shot to fame doing a bit role in an art film (2010’s Love Sex Aur Dhokha) and sustained on supporting acts for three years. And then, when he had his first prominent leading role (Shahid in 2013), he won a National Award as Best Actor for it! He doesn’t hesitate signing up for heroine-dominated subjects (Queen, Stree, Ek Ladki Ko Dekha Toh Aisa Laga, Judgementall Hai Kya).
Perhaps the key to his survival and thriving lies in that last bit. With Rajkummar Rao, there is no casting hassle. He can easily fit into any role as long as there is scope to perform. If versatility is increasingly becoming an asset in Bollywood, Rajkummar is indeed looking at a busy career ahead. 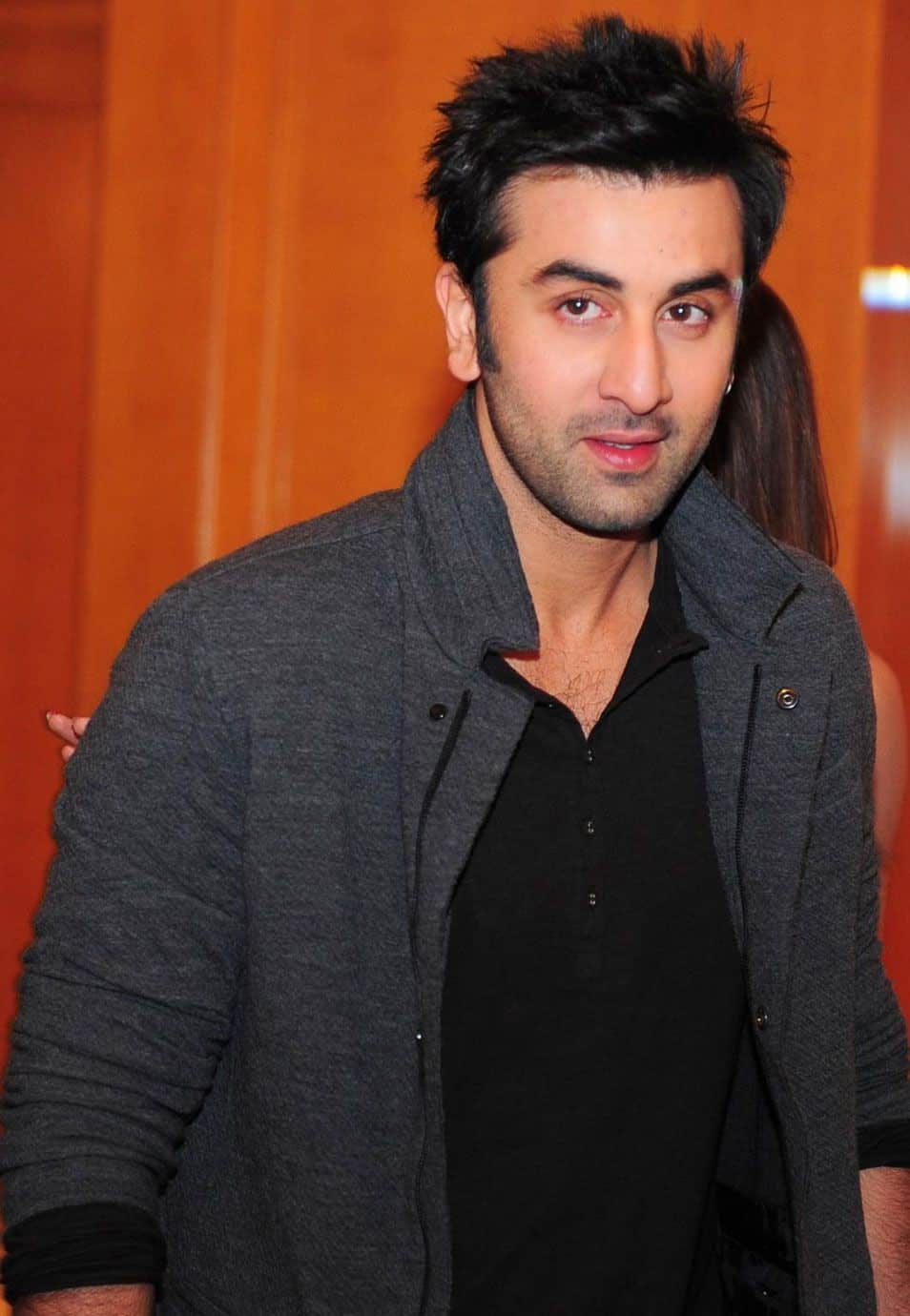 Ranbir Kapoor: The thinking actor-star
Being born in Bollywood’s first family was an advantage, of course, but it does come with its woes, too. Ranbir Kapoor’s decade-plus career in Hindi films has overwhelmingly been
dictated by one question: can he live up to the legacy of his father Rishi Kapoor and grandfather Raj Kapoor?
Ranbir’s strategy to survive the harsh glare that question brings in its wake, is to by and large portray a cool-dude image, on and off the screen. It is an image that, driven by expert PR, has let him play the field as a ladies’ man, and some of his biggest hits
have also been films where he has been the affable youngster.
The going has been rough for Ranbir lately because, barring last year’s Sanju he has no clear winner at the box-office since 2013’s Yeh Jawaani Hai Deewani. His ambitious upcoming Bhrahmastra has been pushed back, and his other film is a period drama,
Shamshera. Lately, he has been more in the news for rumours pertaining to his romance with Alia Bhatt. Still, no one is writing Ranbir off. For the simple reason that, beyond his obvious advantages of innate glamour and proven acting skills, Ranbir is a thinking actor-star.

An ode to the city's invisible populace