Home Cinetalk Bharat review: An episodic entertainer loses steam by trying too much 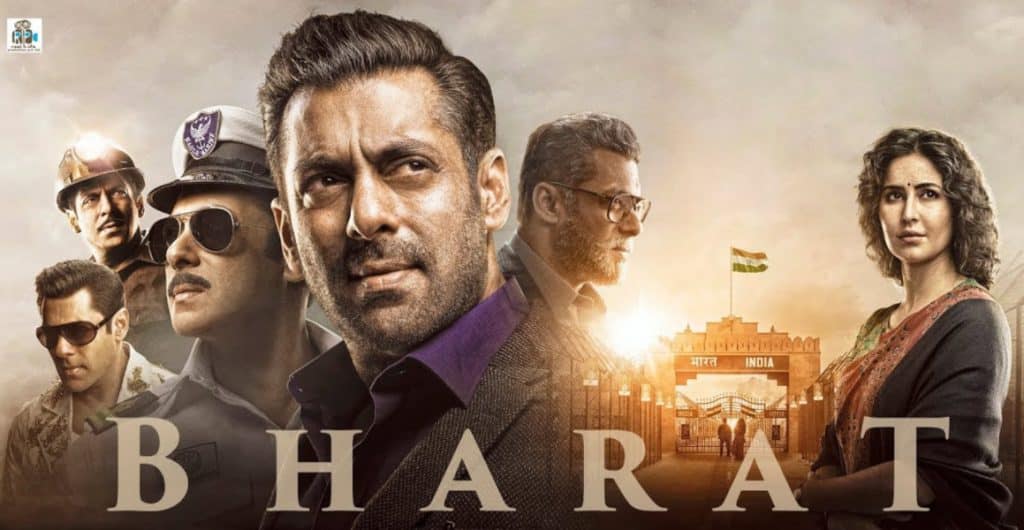 It’s easy to be dismissive of a film that has no formal structure, one which doesn’t compartmentalize life’s flow but chooses to go with it.

But then again, it takes almost three hours of playing time for us to realize that Bharat is no small achievement. Like Sultan before this, director Ali Abbas Zafar doesn’t hesitate in blowing open Salman Khan’s image of the “Superstar” who always plays variations of himself.

In some of the sequences in this episodic oddball off a film, Salman invests genuine emotions. Watch him closely in the sequence where he is reunited with his sister whom he has lost in the tumult of India’s Partition in two badly divided halves. Salman achieves great heights of emotionalism in that beautifully written chunk of cinema.

Of course it helps that Tabu plays his sister in that highly emotional sequence. Tabu can bring out the best in anyone.

The rest of this interesting but uneven film is not as articulate as one would like it to be. Much of the adventures that Bharat and his faithful sidekick Vilayati (Sunil Grover, who’s funny and engaging) go through, seem strangely incongruous: shrill notes of a symphony that never quite reaches a crescendo.

The journey seems to have plenty of genuine emotions. But the sleeping dogs are aplenty. That entire oil-rigging episode seems thoroughly undercooked.

Why take the protagonist’s journey into such a distance where it becomes difficult to tell what he was looking for in the first place? Some moments meant to be the acme of hilarity just fall flat, writhing on the ground. For example, the way Bharat pacifies Somalian pirates on board a ship (don’t ask what he’s doing there) with Amitabh Bachchan songs, is embarrassing in its out-of-tune humour.

It’s commendable that this one-man show (with some surprising room made for two other characters played by Sunil Grover and Katrina Kaif) actually takes a pause to honour men from Indian history like Jawaharlal Nehru, Sachin Tendulkar, Amitabh Bachchan, Shah Rukh Khan and, ahem, Manmohan Singh who is praised for his economic reforms.

Zafar and his co-writer Varun Sharma never hesitate in craning their necks out into the dark stretches of narration where the protagonist Bharat’s life goes willy-nilly. It would be erroneous to say Salman Khan holds the film together. He should have, as the narrative relies entirely on his ability to carry it from one historic period to another.

Tragically, the changeovers in era lack a mood modulation. One minute we are looking at the savagery and brutality of the Partition violence. The next minute we are at a circus where Salman and the monstrously underused Disha Patani (what is she doing here?) behave as if they just watched Raj Kapoor in Mera Naam Joker.

The problem with Bharat is one of concentration. The movie lacks focus and builds its universe of mutating socio-historic events with dispassionate distance. Where Salman is unconvincing as an aging man, he nails it when trying to express his feelings to his ‘Madame Sirjee’. In his scenes with Katrina Kaif, Salman is as respectful and shy as he apparently is in real life.

Bharat spreads a sunshine across its tapestried universe. But it fails to provide an even narrative soundboard for its protagonist, whose life hardly seems as illustrative of India’s chequered history as he would like us to believe. Not always credible, Bharat nevertheless manages to never lose its composure. It’s somewhat of a cinematic achievement which loses its greatness in trying to say too many things at the same time.