Home Bollywood And the Kela goes to… and more from Bollywood 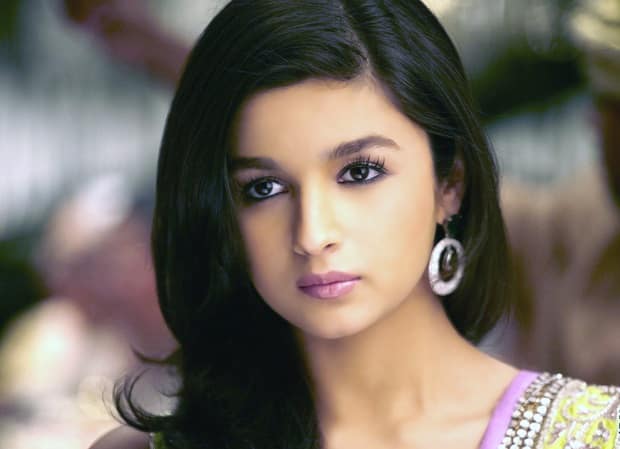 And the Kela goes to…

It was an unmagical moment for stars Aamir Khan, Ajay Devgn and Sonakshi Sinha as they were winners of the Golden Kela Awards (Indian Razzies) held recently. The sixth annual Awards honoured the worst actors of 2013.

Aamir won an award for his performance in Dhoom 3, while Ajay carried away accolades for Himmatwala which was also named the worst film, and Sonakshi was cited for R…Rajkumar. An impressive list indeed!

“In Bollywood today, the box office figures have no correlation to the quality of the film. Our sincerest hope is that 10 years down the line, the figures will be forgotten, while the ‘Kelas’ they got are remembered,” said Anant Singh, creative head, Golden Kela Awards.

As part of the special awards, Deepika also won the Dara Singh award for the worst accent for Chennai Express.

“Aamir Khan once said that he loves the Kela Awards, because all other awards are rigged. Wonder what he has to say about us now”, quipped Singh.

Voters chose Party all night from Boss as most irritating song.

But all was not lost. The Anti-Kela awards honoured some of Bollywood’s good efforts like Saheb Biwi aur Gangster Returns, Go Goa Gone, The Lunchbox and Shahid.

Nice to see a touch of creative reality in Bollywood!

Sonam finds it tough to work with family

Actress Sonam Kapoor, who has again teamed up with her actor-father Anil Kapoor and sister Rhea in Khoobsurat after Aisha, is finding it tough to work with members of her family.

“It’s more difficult to work with your family because they have high expectations from you. You have to be on your best behaviour, you need to be on time, remember all your lines….”, said Sonam, whingeing a bit.

However, she was quick to add that having Kirron Kher and Ratna Pathak in the film was amazing and that she had a great time. At least these actresses were around to help ease the tension of domestic drama. Sonam is excited about playing Mili in the remake of the 1980 movie Khubsoorat, which starred Rekha. The young actress did have a melting moment with the still-glamorous veteran actress.

“When we were at the launch together Rekha said let’s take a picture, so that was our Khoobsurat moment. It’s so sweet of her to say that. She is incredible. I hope to achieve at least 20 percent of what she has achieved. She is awesome. I want to look like her”, she added.

Hmmm, maybe not. Ravishing Rekha is a far cry from sweet Sonam. But I guess there’s no harm in trying!

It pains veteran actress Waheeda Rehman to talk about her ‘soul sister’ Nanda in the past tense. She says she will always remember her friend of 55 years as a ‘thoughtful, caring and loyal’ person, who loved to cook and never let ‘an iota of professional insecurity’ come in the way of their unique friendship.

Nanda died on March 25 in Mumbai aged 75, following a heart attack. The veteran actress led a reclusive life except for meeting her close friends.

Waheeda recalled her last meeting with Nanda, when they had lunch and coffee together.

“We were friends for 55 years, from the time when we worked together in Vijay Anand’s Kala Bazaar. After marriage, friends, specially women friends, tend to drift away as they’ve their husband and children to look after. But Nanda and I remained close friends even after my marriage,” she added.

Waheeda shared that she and Nanda were very different individuals.

“Quite a study in contrasts, and yet we were very close friends. Or maybe we were close friends because we were so different… so we found those personality traits lacking in ourselves within each other”, explained Waheeda.

On how they lived their separate lives, she said, “I’ve remained active in the public with various activities including the occasional film. She gave it all up, cut herself away completely from the limelight. She was – it hurts to talk about her in the past tense – an extremely sensitive person, very thoughtful and caring. And she was a very loyal friend. She never visited anyone or anywhere. But she’d regularly visit me and my husband in Bangalore”, recalled the veteran actress saying that Nanda was like her soul sister.

Waheeda, 77, says people used to wonder how two leading actresses could be so friendly.

“There was not an iota of professional insecurity between us. Both of us believed in destiny and that whatever work was meant to come our way, would come. We were both very secure about our careers”, explained Waheeda.

“Nanda and I never discussed work. Our work never came into our friendship. We were both down-to-earth and very Indian. We didn’t quite fit into the glamorous image on screen. We both attempted glamorous roles, but we realized it’s better to do roles close to our personalities”, she added.

“She was an introvert. Basically she was a loner. She was nervous of crowds. I am a little more outgoing. But like I said, we were like-minded people. We shared the same values. She went suddenly. She deserved a lot more than she got”, said Waheeda.

RIP, Nanda, may you live forever in the annals of Bollywood!

She’s a newcomer to Tinseltown and speaks with an accent, but Evelyn Sharma’s half-Indian and half-German lineage has given her an edge in the Hindi film industry which has warmed up to foreigners over the past few years. She says being a ‘foreigner’ in Bollywood has been a boon for her.

“It’s been a positive (to be a foreigner in Bollywood). It is up to the directors – if they dress me up in western, I can carry off the look well, and I can also carry the traditional look in Indian wear for an Indian character”, said Evelyn enthusiastically.

In fact, this flexibility has opened more doors for the 23-year-old, who turned to acting after a stint in modelling for Britain-based brands. She was born to a Punjabi father and German mother, but her dad died early. Coming to India three years ago helped Evelyn discover a love for chai, parantha, biryani and ‘drama’.

Evelyn hasn’t been in the industry that long, her first bit role being in From Sydney With Love in 2012, but she has played a mix of desi and videshi parts since. Her role as a sexy, glamorous beauty without brains in Yeh Jawaani Hai Deewani led to a role in the forthcoming Main Tera Hero.

And in the pipeline is Bhaiyyaji Superhit, in which Evelyn says she plays a cute, traditional, very desi girl – with an accent! She is brushing up on her Hindi as well, and has discovered yoga.

Well Evelyn, here’s wishing you success in Bollywood, accent and all!

He has been wearing grease paint for over three decades and actor-producer Sunny Deol describes his journey as an actor as ‘satisfying’. The 57-year-old began his journey with Betaab in 1983 and over the past 31 years, he has worked in about 90 films. Sharing his experience, Sunny acknowledges that “acting is a very satisfying profession”.

“As an actor you get an opportunity to portray different characters and experience different things. Acting is the best thing that happened to me. As far as a producer’s job is concerned, it is to keep the team happy,” said the actor, who recently featured in Dishkiyaoon, a gangster drama.

The film is actress Shilpa Shetty’s maiden production venture and Sunny clarifies that he did the film because of its story. And although the actor is best recognised as the ‘action hero’ with the ‘dhai kilo ka haath‘, Sunny says these are merely tags, which he can do nothing about.

“My persona has become such because of the films, but I am not like that in real life,” said the soft-spoken hero. “I don’t like tags like action hero and ‘dhai kilo ka haath‘, but we (actors) can’t do anything. The characters that I had portrayed were strong, so maybe because of that (I have been given these tags)”, he added.

But regardless of whether he’s in a gangster or action-packed flick, Sunny sure lends his presence and personality to the big screen. Here’s wishing him box office success with Dishkiyaoon!

Salman Khan has covered almost the entire genre of Bollywood films, from drama to action to comedy.  But what his impressive repertoire seems to be lacking is a movie inspired by sport. And now the actor is keen to rectify this situation.

“I would like to produce a film based on sports,” Salman said recently, at the music launch of sports-based film Khwaabb. “I have played almost all kinds of sports. I have done swimming, have played football. I even used to play cricket,” he said, adding that “sports should be encouraged” in the nation. Salman, 48, lamented how due to lack of encouragement and facilities, sportspersons in the country are sometimes unable to deliver their best, and then face the wrath of their countrymen.

“Khwaabb showcases the life of two athletes, their struggles, ambitions and aspirations, and stars Navdip Singh, Simer Motiani, Rishi Miglani and Nafisa Ali. When you watch such films, you realise that there are no facilities for training and without these, how will our sportspersons perform better?” he asked rhetorically.

“And when they (sportspersons) do not perform in the Olympics, then we criticise them and say ‘You didn’t win even a single medal’. There is no encouragement,” he lamented.

Salman is also keen that small films should be given fair release. His own movies often mint over Rs.100 crore at the Bollywood box office, but the actor feels that small-budget films deserve as much fair visibility in theatres as big budget entertainers, as they too involve money and passion. “People make small films with a lot of passion, they put their own money in it and if these films are not supported, then they would never see the day of light and hence, lot of money is lost”, Salman added.

Actress Alia Bhatt, who has filmed some intimate scenes with Arjun Kapoor for her new movie 2 States, says she is an actor on screen and not anybody’s daughter. Asked how her parents reacted to her intimate scenes, Alia said,

“Have you seen my father’s films? I am an actor on screen and not anybody’s daughter. And anyway, I don’t think my dad has any problem with it”.

As daughter of film-maker Mahesh Bhatt, Alia certainly knows her dad! The talented young actress plays a Tamil girl in the film, and says her character is very mature.

“Ananya is much more mature. She is very intelligent… after all, she is an MBA. I relate to the character. She can do anything for the people she loves”, explains Alia.

Meanwhile Daddy, a film by her father Mahesh Bhatt is being adapted to a play by theatre and television actor Imran Zahid. The highly-acclaimed Daddy saw big sis Pooja debut on the big screen in 1989. Zahid has already created a play from Bhatt’s compelling film Arth, but Daddy will be a tougher proposition to adapt.

“Imran Zahid is on a high after tasting the success of Arth The Play. Daddy is a tough screenplay to adapt as a stage play. But Imran has the resolve to hit the bull’s eye”, says Mahesh.

Let’s hope the play is as successful as the film.