Film: Holiday: A Soldier Is Never Off Duty 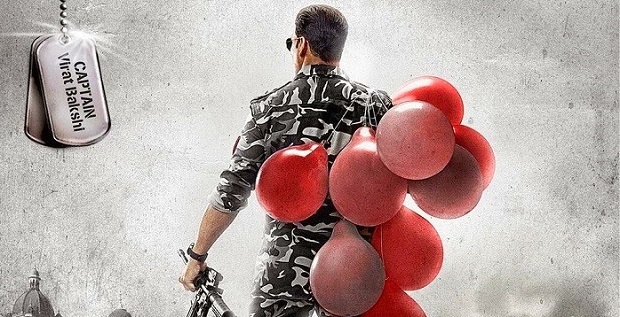 Now here is a film that has all the trappings of a superlative masala entertainer, plus a thought provoking message on the uneasy relationship between the army and civilians.

Army man Virat Bakshi (Akshay Kumar, in top form) who is home for a vacation uses the time to fall in love with an arranged match and also save Mumbai from a sleeper cell terrorist attack, which threatens to plunder the city.

He is a busy man. So is director A.R. Murugadoss. They are both on the same mission. While Akshay saves the city, his director rescues the masala film from the blemishes of blandness that it has acquired lately.

Just how Murugadoss manages to mix the dark theme of terrorism with a palatable mainstream cinematic platter served with dollops of pickles and papad is a marvel.

Having Akshay at the helm helps. He is a man of the streets and yet capable of looking completely convincing as a larger than life hero.

Murugadoss has some absolutely unflinching support from his writers and technicians, all out to create that increasingly elusive cinematic entity, the perfect entertainer.

Not that Holiday is not without its flaws. Sonakshi Sinha’s role and presence in the plot can at best be termed as comic relief. She is less diva, more Mehmood. It is interesting to see how the director weaves the romantic element into what is predominantly a rugged man-to-man confrontation between a soldier on leave and a super-intelligent terrorist, who is seen to work out not from a dingy warehouse, but a normal home teeming with the scents and images of domestic harmony.

The irony of terror in the climate of normalcy is chilling. And it’s a master stroke to cast the unknown Freddy Daruwala as the terrorist mastermind.

Freddy looks and behaves like a hi-tech executive in a multinational rather than a diabolic terrorist. It’s in the flashes of arrogant megalomania or his chilling cold-blooded laughter that we see the devilish man behind the white collar mask.

Freddy is quite the discovery of the year. As is the tradition in Good Versus Evil sagas, Akshay and Freddy don’t come face-to-face until the finale, in a climactic one-to-one fight.

Govinda, as Akshay’s dumb superior is completely out of place. You wish Govinda and Sonakshi’s annoying characters would be expelled from the storytelling by some computer-generated magic.

The ever dependable Sumeet Raghavan as Akshay’s pal and colleague in counter-terrorism is able to make a much better place for himself. But it’s the Akshay-Freddy conflict that keeps you riveted.

The anxious narrative is nourished by some spot-on background music which punctuates the heart-stopping action.

Akshay’s character’s basic argument that terrorism can only be countered when the counter-terrorists are as fearless about losing their lives as the terrorists, is put forward with such gusto and conviction, we really can’t argue with the plot premise. The last farewell song, an ode to the dedication and sacrifices of Indian soldiers, will leave you moist eyed.

The potent Akshay-Vipul Shah team is back with its most lethal entertainter to date.