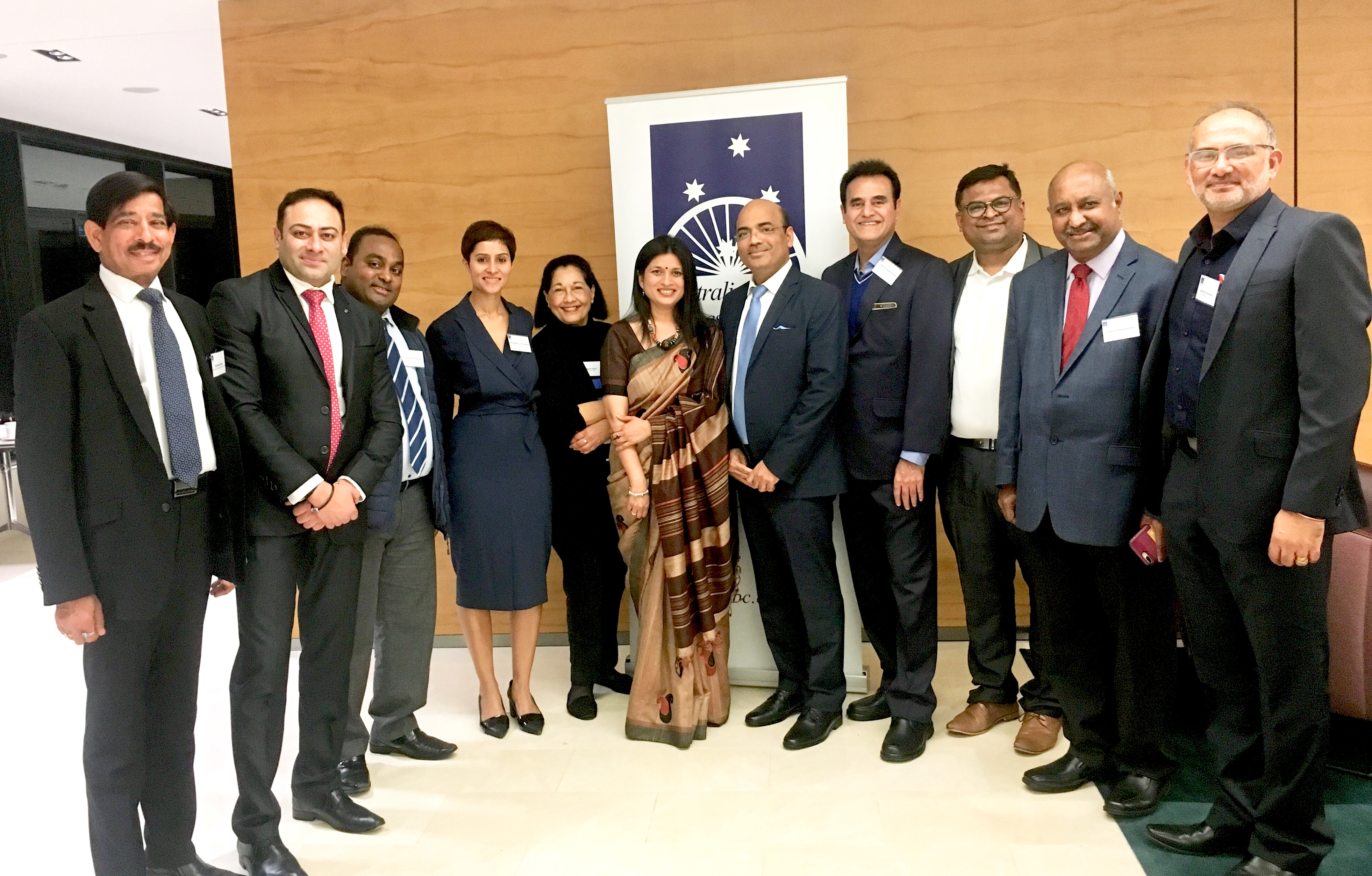 “There is such potential to increase trade between New South Wales and India, that it is slightly disappointing that we are not capturing these opportunities,” Sameer Arora, the newly appointed President of Australia India Business Council (AIBC) for NSW, told Indian Link.
“We seem to have dropped the ball in the recent past and now is the time to correct that,” he added.
On the AIBC website, Arora is described as an insightful, results-driven, commercially astute and seasoned Sales and Business Development professional, and by the looks of it, he will need all his skills and more to get traction forward in the trade and commerce relationship with India.
What he will also need, are some strong management skills, as his newly elected team bring together a wide range of experiences, but with none at senior levels in multinational
businesses or corporates. Yet what may be missing in a few areas, is certainly made up in the enthusiasm of the team and their desire to contribute to trade opportunities.
This was clear evident at a high quality, professionally organised event at Deloitte’s to welcome the new Consul General of India Manish Gupta and his wife Nimisha to Australia. Arora, as President of AIBC NSW spoke about his desire to encourage more businesses and professionals to engage with the AIBC. “We want our chapter to be open and transparent to all our members – and we have already started on that journey with our monthly newsletter which will connect and unite our members. We are keen to encourage innovation and start-up opportunities between the state of NSW and India.”
India is NSW’s seventh-largest merchandise export market, with exports valued at A$1.9 billion in 2016-17. Though this figure has been increasing (up from $1.8 billion in 2015), the challenge is to accelerate this number. 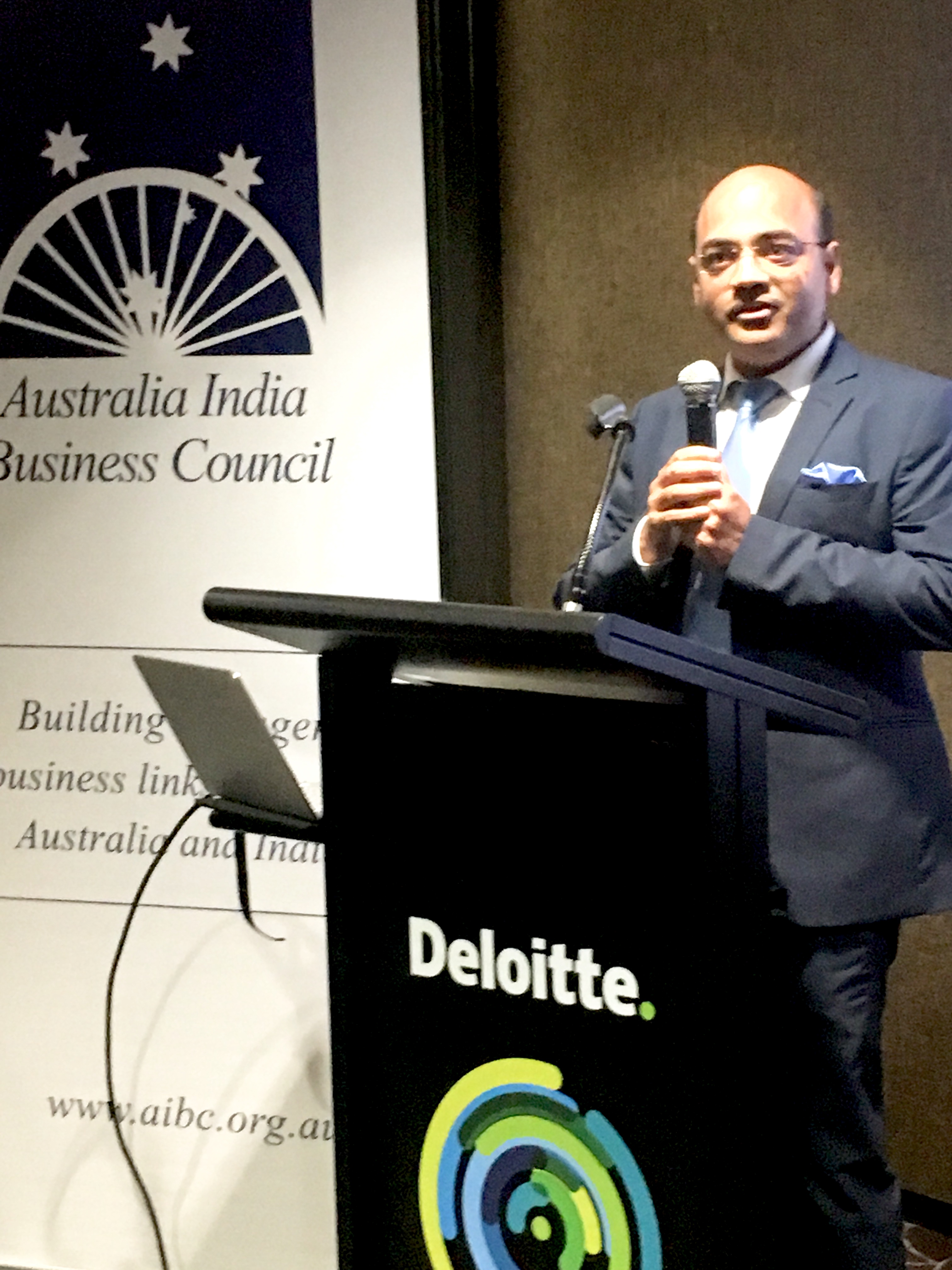 Consul General Manish Gupta also showed his eagerness in increasing the two-way trade. “There is so much potential in enhancing the trade and investment opportunities,” he told the gathering of about 60 professionals. “All are aware of India’s growth story, and the requirements in India are huge. The economy is growing at over 6% and the growth story of India is consumption driven. The median age in India is 28 years and over the years, the work force for the world will come from India. The needs for upskilling the Indian worker are huge and Australia is in the right position to take this area forward.
Recently, a large Australian superannuation fund has invested $1 billion in India and yes, they did so only because they were confident the returns would be good. India can also engage with NSW in the smart city options. Incubations can be done here but low cost manufacturing can be done in India. The good thing is that there have been recent elections in both India and Australia, and with a clear mandate of the newly elected
governments, it is a good opportunity for both countries to take the relationship further.”
Sameer Arora built on this connection, adding that even NSW has had elections recently, and that AIBC NSW will engage with the state’s Trade and Investment Department to drive the relationship further.
“Many small steps need to be taken so we can consolidate and grow,” he said, sharing his vision. “I have a great team and am excited about the next two years of contributing to the
relationship between AIBC NSW, the state of NSW and India.”

Challengers to the throne