Seeing these words on the t-shirt of a fellow public transport user recently left me strangely uncomfortable. I’ve waxed forth frequently about not generalising about people in this manner, not stereotyping fellow human beings based on race and gender, religion and language, age and sexual orientation.

And yet this week, the lack of respect towards women we have seen from a certain section of the Australian community has left us gobsmacked. 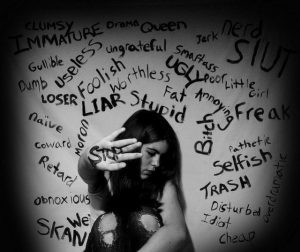 Demeaning comments targeted at women have been made by men in positions of social power – politician David Leyonhjelm in Parliament, and Australian entertainment personality Bert Newton at the Logies. Sporting legend Barry Hall was a similar culprit on Triple M radio, but has since apologised for his unacceptable behaviour.

Worse still, the offenders – a media icon, a politician and a sporting legend – failed to understand the gravity of their comments. While Hall has been stood down from his role on radio, Newton and Leyonhjelm refuse to accept their mistakes and see no reason to apologise.

"She infers, if not out-right says, that they're (men) all rapists. She's got some apologising to do in my opinion." Outspoken independent Senator @DavidLeyonhjelm is refusing to apologise for sexist comments about the Greens' @sarahinthesen8. #auspol #7News pic.twitter.com/LHneM7iIty

Eighty-year-old TV star Newton, an MBE, and recently honoured by Australia Post with a series of postage stamps, told an offensive joke about his late, great friend Graham Kennedy at the 2018 Logie Awards ceremony. “He was a great mentor,” he said, adding “You knew if you went to his dressing room and it was locked, he will be inside doing some mentoring”.

Days later, Newton fails to understand that his ‘joke’ condones the behaviour of powerful people who use their clout to exert influence on younger people in return for sexual favours.

Leyonhjelm, a Liberal Democratic Party senator, used derogatory language while speaking with Greens Senator Sarah Hanson-Young and again when referring to her afterwards. Despite intense political pressure from both the Prime Minister Malcolm Turnbull and Opposition leader Bill Shorten, and threats of legal action, Leyonhjelm is refusing to apologise, saying he has said nothing wrong. As we go to press, his direct verbal attacks on women continue on mainstream TV.

Amazing that this type of behaviour continues when the #MeToo movement is so strong. Leyonhjelm in his own way is hitting back at #MeToo, citing previous statements made by the Greens Senator against men.

The trumpet call for greater diversity in our social discourse needs to be heard now more than ever. Because the Newtons and the Leyonhjelms will continue as long as we continue to have concentrations of social power that are not diverse.

The massive over-representation in positions of power by certain sections has gone on for way too long. Whether in business or in politics, entertainment or sport, we need to hear the diverse voice louder and clearer. We must ensure that more women, more people of colour, more people of different religions are able to educate themselves, accumulate wealth and attain positions where they can take decisions. As leaders who reflect a diverse population, they will influence and inspire one another, thrive together, and shape our society to be truly equitable.

And to the men in positions of power making these denigrating comments – perhaps it’s time to use the family test. What would you do if someone hurled profanities at your wife, sister or daughter? Would you take it sitting down?